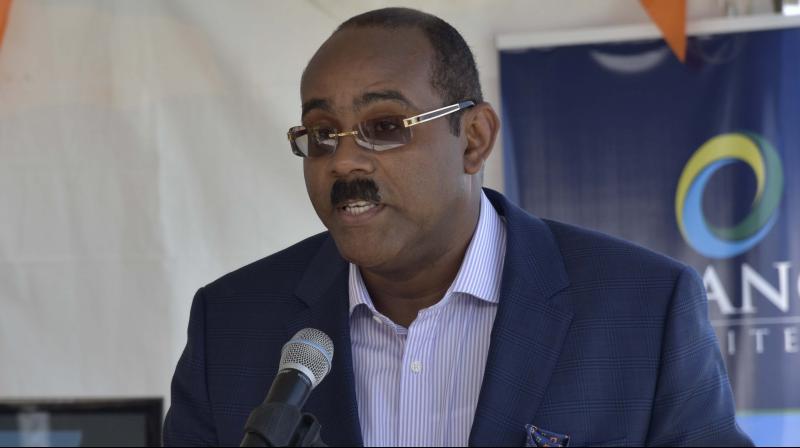 "After mischievously accusing my administration of harbouring Mehul Choksi, who has an Interpol Red Notice, they are now seeking to sanitize this fugitive to get campaign funding. My administration's revocation of Choksi's citizenship has been frustrated by a litigation brought against the state," Gaston Browne said in a statement.

He further said: "We are determined to revoke Choksi's citizenship and to concurrently pursue his extradition to India to face criminal charges there. There has been no violation of Choksi's legal and constitutional protections, despite the decision of my administration to revoke his citizenship."

United Progressive party reminded Prime Minister Gaston Browne that every citizen is entitled to constitutional protection and due process of law.

UPP in a press release noted that Choksi, who is facing extradition to India by way of the normal legal and constitutional process, alleges that he was abducted and taken against his will to Dominica.

Prime Minister Browne had indicated that Dominica should deport Choksi directly to India and not return him to Antigua and Barbuda because he would be protected by the Constitutional rights.

Asserting that the country fully respects the jurisdiction of the court over this matter, Browne kept on saying that in a globalized world where cooperation among states is required to fight and defeat criminals and to deny criminals the use of the state apparatus for protection and advancement of their criminal conduct.

"We live in a globalized world where cooperation among states is required to fight and defeat criminals and to deny criminals the use of the state apparatus for protection and advancement of their criminal conduct. That is precisely why we have and continue to encourage the government of Dominica, to make him persona non grata for illegally entering their country and to deport him to India where he is still a citizen."

The Prime Minister further urged to consider the deportation of Choksi directly to India, as a form of state cooperation to apprehend a fugitive.

"We respect the jurisdiction of the court over this matter. My request on behalf of the state, for Dominica to consider deporting Choksi directly to India, as a form of state cooperation to apprehend a fugitive, is perfectly acceptable," he said.

"This request for state cooperation could never be construed by any law-abiding entity, of integrity and legitimate purpose to be an "ill considered utterance," he said, adding "additionally the claim that the request undermines the rule of law, or Choksi's constitutional rights is preposterous."

If he (Mehul Choksi) is deported to Antigua, he will continue to enjoy the legal and constitutional protections of citizenship, he said further.

Browne last week said that if Choksi flees the country his citizenship will be revoked.

The UPP earlier in the day accused Browne of 'corrupting the rule of law' referring to Browne's request to the Dominican authorities to send Choksi to India directly and not repatriate him to Antigua and Barbados.

"It was the Gaston Browne administration that granted citizenship to Choksi. As inconvenient and embarrassing as it may be for the government, Choksi is a citizen of Antigua and Barbuda - not India," the UPP said in a statement.