World   Americas  30 Jun 2018  Not up to US to decide fate of WikiLeaks founder, Julian Assange: Ecuador
World, Americas

Not up to US to decide fate of WikiLeaks founder, Julian Assange: Ecuador

US Vice President Mike Pence had raised the issue of when he met with the President of Ecuador, Lenin Moreno on Thursday. 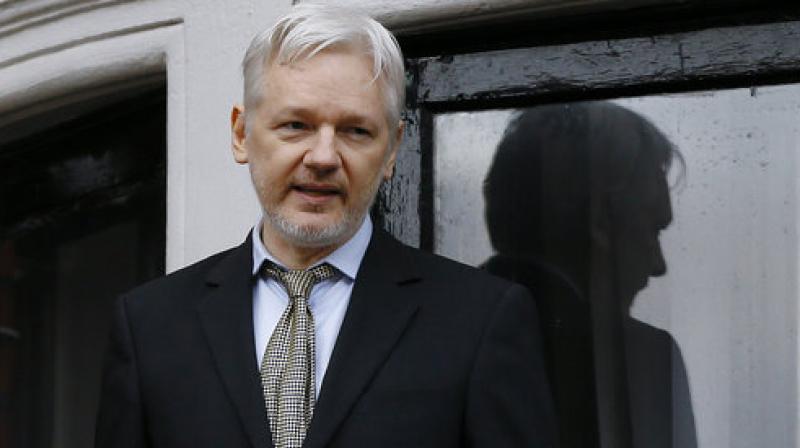 Quito: It's not up to Washington to decide the fate of WikiLeaks founder Julian Assange, Ecuador's top diplomat has said, following the visit of United States Vice President Mike Pence.

Pence "raised the issue" of the Australian anti-secrecy activist -- holed up at Ecuador's embassy in London since 2012 -- when he met with Lenin Moreno on Thursday, an official with the US vice president's office confirmed.

"Ecuador and the United Kingdom, and of course Mr Assange as a person who is currently staying, on asylum, at our embassy" will decide the next steps, Foreign Minister Jose Valencia told reporters on Friday. "It does not enter, therefore, on an agenda with the United States."

Pence and Moreno "agreed to remain in close coordination on potential next steps going forward," the US official told reporters travelling with Pence.

Assange, 46, sought refuge in Ecuador's London embassy in 2012 to avoid extradition to Sweden to face sexual assault allegations, which he denies. Assange claims the accusations were politically motivated and could lead to his extradition to the United States to face imprisonment over WikiLeaks's publication of secret US military documents and diplomatic cables in 2010.

Swedish authorities dropped their investigations in 2017, but British authorities still want to arrest him for breaching bail conditions. In March, Ecuador cut off Assange's ability to communicate with the outside world after he broke a 2017 promise to not interfere in other countries' affairs while in the mission.

And in May, Ecuador withdrew additional security measures at its London embassy following an investigation that found that the previous administration of Rafael Correa had spent $5 million on a spy operation to protect Assange.

Last week, Valencia said that Ecuador "is hoping to solve this problem, because in principle an asylum is not eternal, one cannot conceive of an asylum that lasts for years."