It said this was the 15th successful intercept in 15 tests for the weapons system known as Terminal High Altitude Area Defence (THAAD). 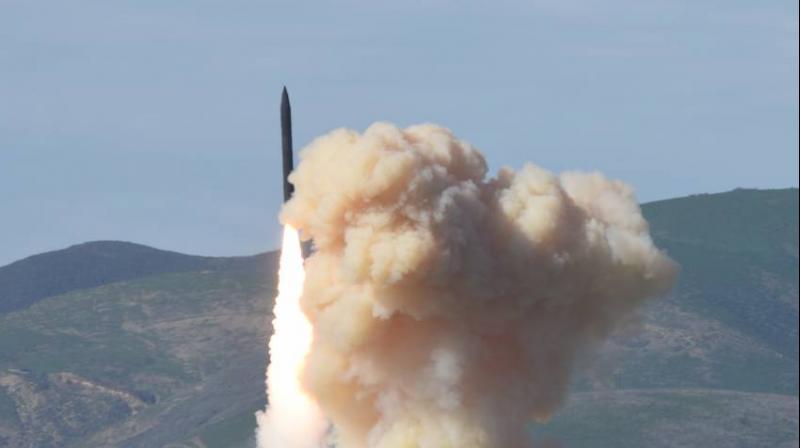 Parts of the THAAD defense system were brought into South Korea under the government of ousted president Park Geun-Hye. (Photo: AP/Representational)

Washington: American forces successfully tried out on Sunday a missile interception system the US hopes to set up on the Korean peninsula, military officials said following, just days after North Korea's second test of an ICBM.

In the American test of the so-called THAAD system, a medium-range missile was launched from a US Air Force C-17 aircraft flying over the Pacific and a THAAD unit in Alaska "detected, tracked and intercepted the target," the US Missile Defense Agency said.

It said this was the 15th successful intercept in 15 tests for the weapons system known as THAAD, which stands for Terminal High Altitude Area Defence. South Korea said yesterday it will speed up deployment of a THAAD battery on its territory because of the latest North Korean test of an intercontinental ballistic missile.

Parts of the THAAD defense system were brought into South Korea under the government of ousted president Park Geun-Hye. But new leader Moon Jae-In suspended deployment of the programme last month, citing the need for a new environmental impact assessment.

However, South Korean Defense Minister Song Young-Moo said yesterday that Seoul will now begin consultations on the "tentative deployment" parts of the THAAD battery in response to the latest North Korean test.

The THAAD deployment has infuriated China, which has long argued it will destabilise the region.