IMF bailout of USD 3 bn of Pak would be a bad idea, says ex-US official

While Babbin expresses confidence that IMF would bail out Pak, he opines that there are 2 reasons why such action is not to be taken. 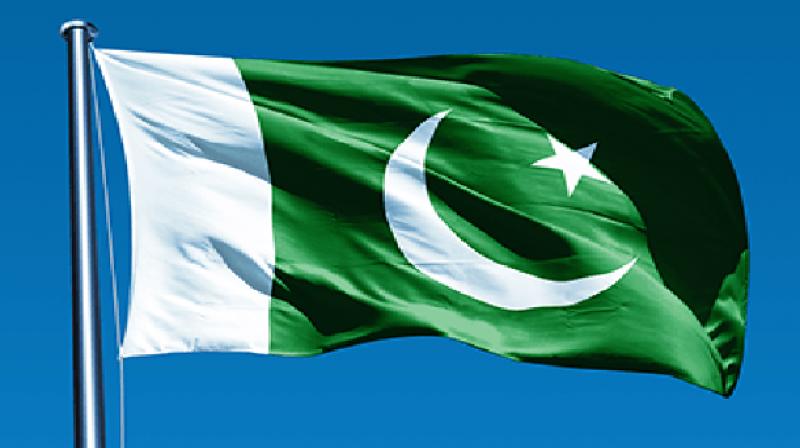 In an editorial titled 'Bailing out Pakistan', that appeared in The Washington Times, Jed Babbin writes that Pakistan requires financial assistance to avoid defaulting on loans from China, World Bank and the IMF. (Photo: File)

Washington DC: Pakistan would need another USD 3 billion in the next few months from the International Monetary Fund (IMF) in a bid to bail out the nuclear-armed country from the reeling economic and financial woes. However, it would be a bad idea to do so, according to a former United States Deputy Undersecretary of Defence.

In an editorial titled 'Bailing out Pakistan', that appeared in The Washington Times, Jed Babbin writes that Pakistan requires financial assistance to avoid defaulting on loans from China, World Bank and the IMF.

While Babbin expresses confidence that the IMF would bail out Pakistan, he opines that there are two reasons why such an action is not to be taken.

Firstly, Pakistan continues to support terrorism and harbours a variety of terrorist networks with the help of its spy agency, the Inter-Service Intelligence (ISI). Islamabad supports the dreaded al-Qaeda, Taliban and Lashkar-e-Taiba (LeT) terrorist groups. The LeT was responsible for the 26/11 Mumbai attacks, which claimed over 160 lives.

This can be supported by the fact that al-Qaeda chief Osama bin Laden, responsible for orchestrating the 9/11 attacks, hid in the Pakistani garrison town of Abbottabad for many years, before his death by the US forces in a massive search operation in May 2011.

"It is unthinkable that the ISI was not responsible for his shelter," says Babbin of The Washington Times.

The Donald Trump administration has taken a tough stand on Pakistan with regard to terrorism and has terminated the military aid for not doing much to stop supporting terror networks with fighters, money and intelligence information.

The second main reason for not bailing Pakistan out from financial woes should be "China's growing de facto colonisation of Pakistan through the China-Pakistan Economic Corridor (CPEC)," a mass project comprising of building roads, railways, power plants and military bases in Pakistan.

The economy of Pakistan is in dire straits due to a growing debt crisis and large-scale corruption. The money Islamabad owes to other countries and non-Pakistani organisations is over 30 per cent of its Gross Domestic Product (GDP), partly due to the extensive loans it has received from China to build the CPEC corridor, as per the report of The Washington Times.

Citing a Wall Street Journal report, Babbin says that China is building infrastructure projects in Pakistan, investing USD 62 billion for them. But after three years, only half of the planned projects have begun.

Babbin continues, "China is conducting what some call 'debt trap diplomacy', through which Pakistan is becoming so indebted to China that it will be compelled to follow China's policies in Southwest Asia and beyond. In fact, the debt trap has already been sprung with the eager assistance of Pakistan's government, ISI and army."

Gwadar is a city situated in Balochistan province in Pakistan and faces the Arabian Sea. Owing to its location, Chinese officials have demanded much of the nearby population to be moved away for "security reasons" and bring in thousands of Chinese military forces and civilians for constructing large port facilities in an aim to transform the key port city into a Chinese naval base eventually.

Babbin underscores, "Pakistan's government - dependent on its army for whatever level of stability it can achieve - will not suffer de facto colonisation gladly. Despite Pakistan's support of terrorism, China's corrupting largesse will be able to satisfy the Pakistani army and ISI sufficiently to quell any thoughts of rebellion."

The writer states that another IMF bailout for Pakistan would be considered "a Western contribution to China's transformation of Pakistan into a tribute state." He says that the US, which is IMF's largest contributor, needs to raise its voice against the bailout in a bid to prevent it.

As per a report by the Congressional Budget Office (CBO) in 2016, US obligations to the IMF had amounted to USD 164 billion. But according to the CBO report, it is a tough task to account for the actual costs the US incurs. Because of the risk of defaulted loans, Washington's contributions to the IMF "are at a risk."

Babbin implies that some would argue that Pakistan would force itself to borrow more money from China if the IMF bailout is denied. This will help Beijing to speed up its dependence on Chinese largesse and power. However, that dependence has been firmly established and the scenario would not change whether the IMF would grant a bailout or not.

Denying another IMF bailout "would make Pakistan's subservience more obvious to the Pakistani population and government." This could create ripples between Islamabad and Beijing and there is no reason as to why the IMF should not grant a bailout.

The writer adds, "Pakistan's immediate importance to us is the logistics route it has provided for supply our and our allies' forces in Afghanistan. China's power over Pakistan may cause future closures. Thus, our policy toward China has to factor in the war in Afghanistan. India, which borders both Pakistan and China, is the key."

Babbin notes that the US' policy towards China is unclear, due to US President Donald Trump's tiff on trade.

"The accelerating trade war will not make trade more fairer," he says.

The writer suggests that President Trump should instead raise his voice on China's de facto colonisation of Pakistan and other countries, The Washington Times report says.

"If such action were coupled with a clear embrace of India, comprised of a new trade agreement and the beginning of a defense alliance, the president's policy could help contain China's ambitions," Babbin concludes.