US man held with missile launcher at airport, says it's a ‘souvenir’

Fortunately the item was not a live device. It was confiscated and handed over to the state fire marshal for safe disposal. 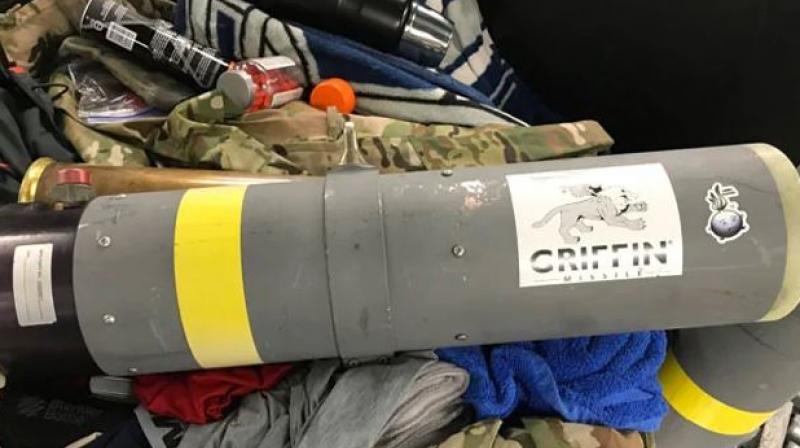 Washington: US transport security officers confiscated a missile launcher from a checked bag at a Washington-area airport on Monday, with a Texas man saying it was a souvenir from Kuwait.

The "man said he was bringing it back from Kuwait as a souvenir. Perhaps he should have picked up a keychain instead!" she wrote.

The TSA issued a statement on the incident, saying that "the man, a resident of Jacksonville, Texas, told officials that he was an active military personnel."

"Fortunately the item was not a live device. It was confiscated and handed over to the state fire marshal for safe disposal. The man was permitted to catch his flight," TSA said.

The statement included images of what appears to be the launch tube for a Griffin missile, which manufacturer Raytheon says is a "precise, low-collateral-damage weapon for irregular warfare operations."

It "has a proven track record for successful rapid integration on land, sea and air platforms," according to Raytheon.

But the TSA said that the missile's launcher cannot, however, be integrated into luggage: "Military weapons are not permitted in checked or carry-on bags."