World   Americas  31 Jan 2020  US issues 'Do Not Travel' advisory to China over Coronavirus
World, Americas

US issues 'Do Not Travel' advisory to China over Coronavirus 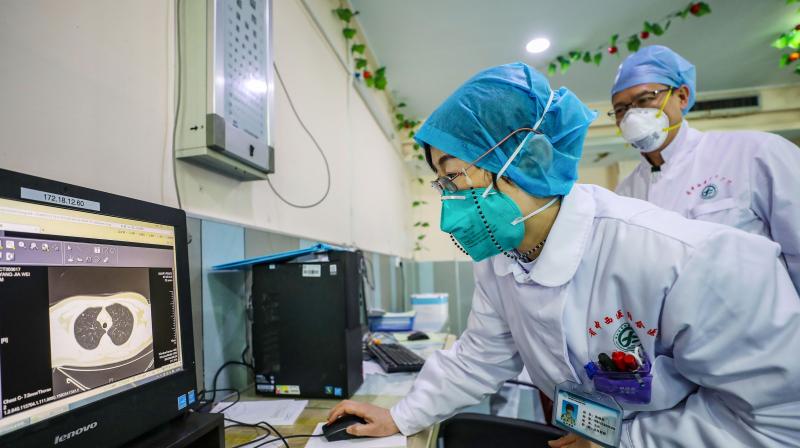 A doctor is seen wearing a facemask while looking at a lung CT image from a patient at a hospital in Wuhan. AFP Photo

Beijing: The U.S. has advised against all travel to China on Friday after the World Health Organization declared the outbreak of a new virus that has spread to more than a dozen countries a global emergency. The number of cases spiked more than tenfold in a week, including the highest death toll in a 24-hour period reported Friday.

China counted 9,692 confirmed cases with a death toll of 213, including 43 new fatalities. The vast majority of the cases have been in Hubei province and its provincial capital, Wuhan, the epicenter of the outbreak. No deaths have been reported outside China.

The one-sentence statement gave few details, but said those from Hubei and especially Wuhan would be sent directly back to Wuhan as soon as possible in light of the “practical difficulties” they were encountering.

China has placed more than 50 million people in the region under virtual quarantine, while foreign countries have cut back severely on travel to the country and quarantined those who recently passed through Wuhan. The virus is believed to have a two-week incubation period, during which those infected can pass on the illness even if they show no symptoms such as fever and cough.

The U.N. health agency defines an international emergency as an “extraordinary event” that constitutes a risk to other countries and requires a coordinated international response.

On Friday, the U.S. Embassy in Beijing said it was authorizing the departure of family members and all non-emergency U.S. government employees from Beijing and the consulates in the cities of Chengdu, Guangzhou, Shanghai, and Shenyang. Staff from the Wuhan consulate departed earlier this week.

The decision was made “out of an abundance of caution related to logistical disruptions stemming from restricted transportation and availability of appropriate health care related to the novel coronavirus,” the embassy said.