The name change is part of Washington's efforts to counter China's growing influence across the Asia-Pacific domain. 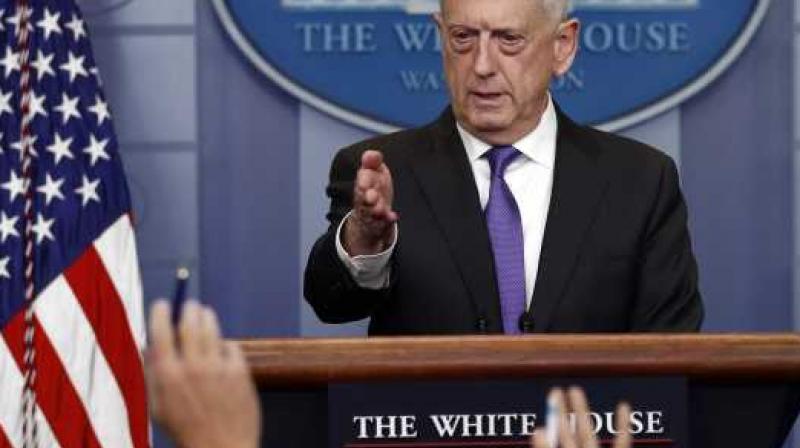 'In recognition of the increasing connectivity between the Indian and Pacific Oceans, today we rename the US Pacific Command to US Indo-Pacific Command,' Mattis said in Pearl Harbour in Hawaii. (Photo: AP)

Pearl Harbour: The Pentagon is renaming its oldest and largest military command to reflect the growing importance of the Indian Ocean in US strategic thinking, Defence Secretary Jim Mattis said Wednesday.

From now on, the storied US Pacific Command, or PACOM, which was formed after World War II, will be known as the Indo-Pacific Command.

The name change is largely symbolic for now, and won't immediately result in any shifts in the command's boundaries or assets across the vast area stretching from the western part of India to America's Pacific coastline.

"In recognition of the increasing connectivity between the Indian and Pacific Oceans, today we rename the US Pacific Command to US Indo-Pacific Command," Mattis said in Pearl Harbour in Hawaii.

"Over many decades this command has repeatedly adapted to changing circumstance and today carries that legacy forward as America focuses west."

The name change is part of Washington's efforts to counter China's growing influence across the Asia-Pacific domain, even though critics say President Donald Trump has ceded considerable regional leadership.

Trump has pulled the United States out of the Trans-Pacific Partnership (TPP) agreed in 2015 by a dozen nations that accounted for 40 percent of the global economy.

The remaining 11 countries are moving forward with the deal without Washington, leaving America with a diminished say on regional trade rules and creating an opening for Beijing.

In 2017, it opened its first overseas naval base in Djibouti and has strengthened ties with several regional countries including Pakistan, Sri Lanka and the Maldives.

And Beijing is pursuing its "Belt and Road" global infrastructure initiative that invests in Southeast Asian countries but which US critics say is based on "predatory" economics.

"The Indo-Pacific has many belts and many roads," Mattis said.

Mattis was in Hawaii for a ceremony marking the departure of Admiral Harry Harris as PACOM's head. He has been nominated to be ambassador to South Korea and is being replaced by Admiral Philip Davidson.

Mattis in February unveiled the US National Defence Strategy which made clear America will focus on Asia in the context of China's growing military might.

China "seeks Indo-Pacific regional hegemony in the near term and displacement of the United States to achieve global preeminence in the future," Mattis wrote.

The Pentagon chief visited India in September in an effort to further strengthen growing military ties, saying at the time that the world's largest democracy is "clearly a pillar of regional stability and security."