Desis to celebrate their famous five

The two Indian Americans nominated in the incoming Trump administration including Nikki Haley. 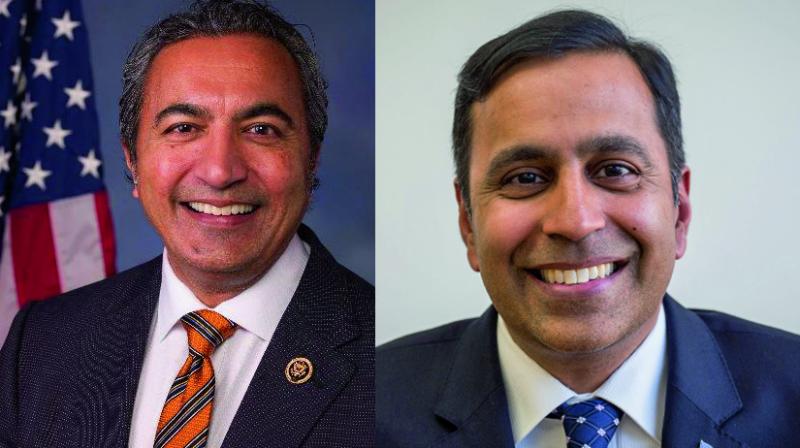 Washington: Indian-Americans from across the country will gather in the US capital next week to celebrate the historic win of five Indian Americans to the Congress.

These include Ami Bera, who has been reelected for a third consecutive term, Raja Krishnamoorthi, Ro Khanna and Pramila Jayapal who have made their maiden entry into the US legislature.

In the Senate, they are joined by California Attorney General Kamala Harris. Harris is the first Indian-American to have entered the US Senate.

“We will honour the Indian-Americans recently elected to Congress as well as those appointed to senior positions in the incoming Presidential administration,” said M.R. Rangaswami, a Silicon Valley-based philanthropist and venture capitalist.

The two Indian Americans nominated in the incoming Trump administration including Nikki Haley, who is set to be the first Indian American Cabinet-level appointee, have also been invited for the gala.