The parliamentary committee on electoral reforms has finalised the draft Election Act 2016. 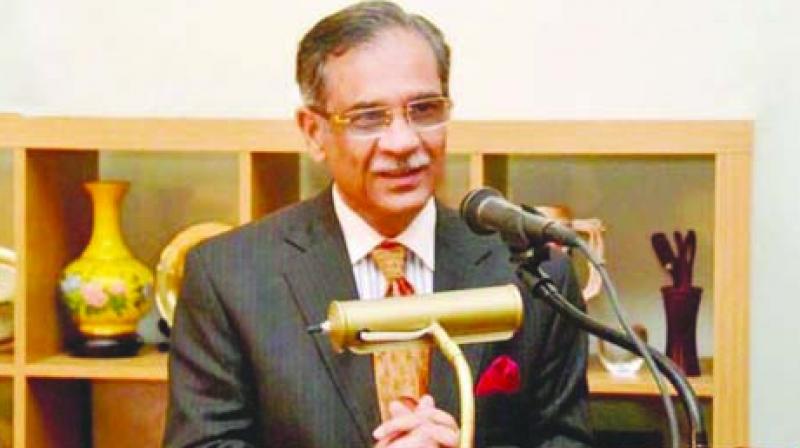 The five-member bench comprises Justice Ejaz Afzal, Justice Gulzar Ahmad, Justice Azmat Saeed Sheikh and Justice Ijazul Ahsan. The bench will be headed by Justice Asif Saeed Khosa. Justice Amir Hani Muslim, who was part of the previous bench in the case, has not been included in the new bench. The apex court will hear the case on January 4.

On December 9, the hearing of the Panama Papers case was adjourned by former CJP Anwar Zaheer Jamali till first week of January. The old bench was dissolved after his retirement on Friday. Earlier, Justice Nisar took over as the 25th CJP. President Mamnoon Hussain administered oath of office to Justice Nisar.

The oath-taking ceremony was attended by Prime Minister Nawaz Sharif, federal ministers, services chiefs, parliamentarians, diplomats and judges of the apex court. Meanwhile, the  Election Commission of Pakistan on Saturday took a number of steps to ensure free, fair and transparent elections in the country.

The parliamentary committee on electoral reforms has finalised the draft Election Act 2016. It will be placed before the Parliament soon. An independent monitoring wing has been established at ECP to oversee pre-poll, post-poll activities and point out illegal practices. The commission is holding meetings with stakeholders to include their inputs.