The government's directive to the telecommunication operators came days after India's Parliament passed the CAA. 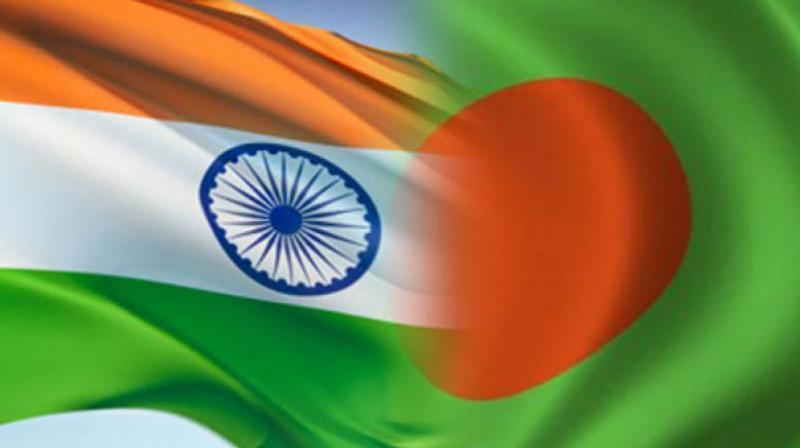 The Bangladesh Telecommunication Regulatory Commission (BTRC) on Sunday directed the shut down of around 2,000 base transceiver stations, affecting around 1 crore users in 32 districts that share border with India and Myanmar. (Photo: File | Representational)

Dhaka: Bangladesh has reversed its decision of shutting down mobile networks along the country's over 4,000 km-long borders with India, two days after asking telecom operators to block the services citing 'security' reasons, according to media reports on Wednesday.

The Bangladesh Telecommunication Regulatory Commission (BTRC) on Sunday directed the shut down of around 2,000 base transceiver stations, affecting around 1 crore users in 32 districts that share border with India and Myanmar.

The government's directive to the telecommunication operators came days after India's Parliament passed the controversial Citizenship Amendment Act (CAA), causing much concern in Dhaka that it could lead to an influx of migrants from India.

The reports did not give any reason for reversing the government's decision on Sunday.

The BTRC, in its order to telecommunications service providers- Grameenphone, Teletalk, Robi and Banglalink- said network coverage within one kilometre band along the border areas with India should be suspended until further notice "for the sake of the country's security in the current circumstances."

Jahurul Haque, BTRC chairman confirmed the latest decision to reverse the restrictions, bdnews24.com reported. According to The Daily Star, the authorities sent an email to all the mobile operators early today, asking them to restore the networks.

Mobile operators also confirmed that they have started to up their network again but it will take about a day to fully reinstate the connections as some of the towers are in very remote areas, the report said.

"As per the directive from BTRC, we have already started reactivating the BTSs located along the border areas. The reactivation process will take a while to complete since a lot of BTSs are involved here," Shahed Alam, chief corporate and regulatory officer of Robi Axiata Ltd, told The Daily Star.

Earlier, Post and Telecommunication Minister Mustafa Jabbar told The Daily Star that the networks were blocked as the security of the state is the government's first priority.

He clarified that the decision was not taken by his ministry and they just carried it forward.

The report quoted him saying that the decision was made following a consensus of three to four ministries, and the foreign ministry was leading the efforts.

Foreign Minister AK Abdul Momen has said that Bangladesh has requested New Delhi to provide a list of Bangladeshi nationals living illegally in India, "if any", to be repatriated. He had also cancelled his visit to India beginning December 12, hours before he was to arrive in New Delhi.

According to diplomatic sources in New Delhi, Momen and Home Minister Asaduzzaman Khan Kamal cancelled their visits to India over the situation arising out of the passage of the controversial Citizenship Bill in Parliament.