The security forces are on alert and two MI 17 helicopters have been kept in standby mode for deployment in case of emergency. 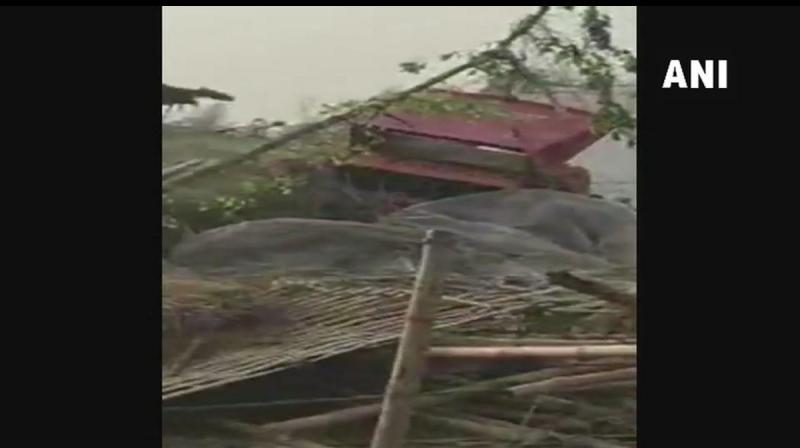 A massive rainstorm that swept through many places in Nepal on Sunday killed left many injured. (Photo: ANI)

Kathmandu: The death toll in a massive rainstorm that swept through many places in Nepal on Sunday rose to 35, Nepal Army spokesperson Yam Prasad Dhakal said on Monday.

Over 100 army personnel have been deployed in the affected areas, rescue operations underway.

The security forces are on alert and two MI 17 helicopters have been kept in standby mode for deployment in case of emergency.

"We have kept two MI 17 helicopters in standby mode for deployment in case of emergency. A sky truck is ready in Simara. Over 100 army personnel have been deployed in the affected areas and rescue operations underway," he added.

The Prime Minister said that security forces have been alerted while rescue operations and helicopters with night vision capabilities were waiting for the weather to clear to help bring the injured from the villages.

“Deepest condolences to the victims’ families are revealed. Keep the helicopter preparatory phase ready in order to help the needy. 'Night Vision' helicopter is ready for the preparation phase,” Oli posted on his official twitter handle.

According to the District Police Office in Parsa, the number of casualties is expected to rise as the storm had hit many villages in the Bara district, located about 120 kilometres south of Kathmandu, The Himalayan Times reported.

The National Emergency Operation Centre said that rescue operations would be difficult especially during the night as roads and other communication facilities in those areas have been blocked by fallen trees and electricity poles.

Meanwhile, the people who were injured during the calamity have been safely shifted to the hospital.

“Two battalions have been mobilised immediately there, here in Mid Air Base, Katmandu; night vision helicopters are on standby with the rescue team. Our security agencies are waiting for favourable weather conditions [sic]”, Prime Minister’s Chief Advisor Bishnu Rimal was quoted as saying.