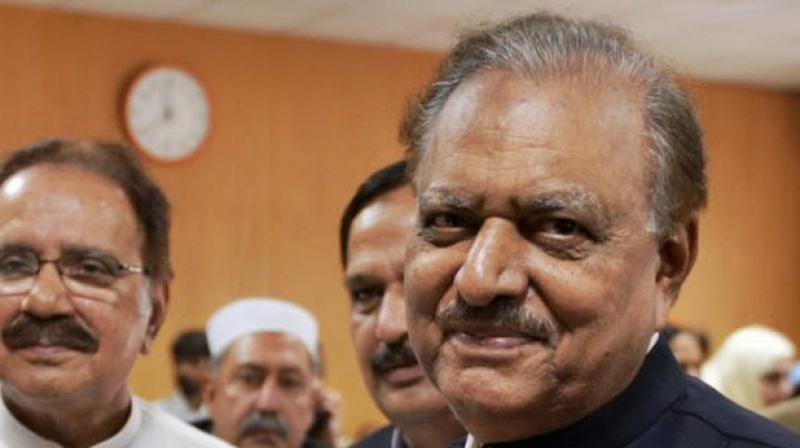 Islamabad: Pakistan President Mamnoon Hussain on Thursday said India has become a ‘major obstacle’ for durable peace in South Asia and called the Kashmir issue an ‘unfinished’ agenda of the partition.

The president highlighted the issue of Kashmir and the strained bilateral relations between Pakistan and India while addressing a joint session of Parliament, the Dawn reported.

Terming Kashmir as an ‘unfinished’ agenda of the partition of the subcontinent, the president said: "India has become a major obstacle for durable peace in the region". "Instead of positively responding to Pakistan's peace efforts, India sent Kulbhushan Jadhav, terrorists and other spies," he said.

The Pakistan Army sentenced Indian national Kulbhushan Jadhav on charges of espionage after a secret trial. Ties between India and Pakistan have been tense of late over a number of issues, including the status of Kashmir and the Jadhav issue.