Reinforcements sent to Nepal’s Sankhuwasabha after gunfight with CPN

Security has been beefed up in the mountainous district that borders China after reports stated that the banned CPN had its base there. 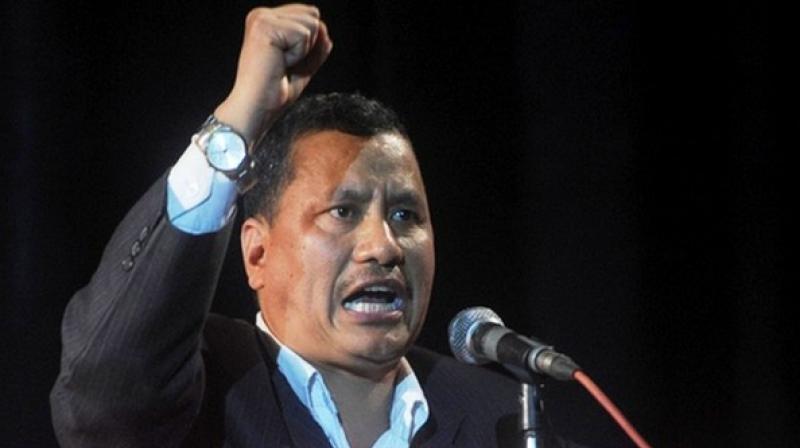 Netra Bikram Chand's CPN has been blamed for extortion, vandalising public and private properties and bomb explosions around the country.

Kathmandu: Additional security personnel have been deployed after cadres of Netra Bikram Chand led Communist Party of Nepal (CPN) and the police engaged in a gunfight in the Nepali district of Sankhuwasabha on Monday.

"Two teams comprising 25 each from Nepal Police and Armed Police Force has been sent to Sankhuwasabha by Nepal Army chopper this afternoon," Superintendent of Nepal Police, Ramesh Thapa, told ANI.

"They were sent through MI-17 of Nepal Army. The attackers fled the spot after police fired back in response to the firing," he added.

Sankhuwasabha's Chief District Officer Jeevan Prasad Dulal also confirmed to ANI that the police fired back in retaliation on Chand's party cadres, who were around 25, while the security personnel were 19. The firing was reported in Silichong Village Council-1, he added.

Security has been beefed up in the mountainous district that borders China after reports stated that the banned political party had its base there.

In a meeting on March 12, the Nepali Cabinet unanimously decided to ban the Chand-led CPN.

The party has been blamed for extortion, vandalising public and private properties and bomb explosions around the country.

On May 26, a series of bomb blasts were reported in Kathmandu killing at least three people that was later claimed by the CPN.