The measure was imposed following the death of student Otto Warmbier in June, a few days after the 22-year-old was sent home. 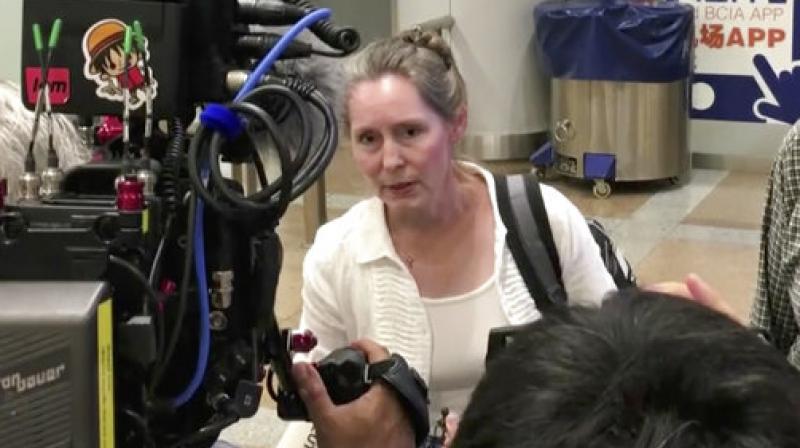 Seoul: Washington's ban on US citizens travelling to North Korea came into force on Friday, with the two countries at loggerheads over Pyongyang's weapons ambitions.

The measure was imposed following the death of student Otto Warmbier in June, a few days after the 22-year-old was sent home in a mysterious coma following more than a year in prison in the North. He had been convicted of offences against the state for trying to steal a propaganda poster from a Pyongyang hotel and sentenced to 15 years' hard labour, with President Donald Trump blaming Pyongyang's "brutal regime" for his plight.

On its website the State Department said it took the decision due to "the serious and mounting risk of arrest and long-term detention of US citizens". Three Americans accused of various crimes against the state are behind bars in North Korea, which is engaged in a tense standoff with the Trump administration over its banned missile and nuclear weapons programmes.

Earlier this week Pyongyang launched a missile over Japan, in a major escalation, and it has threatened to fire rockets towards the US Pacific territory of Guam. In July it carried out its first two successful tests of an intercontinental-range missile, apparently bringing much of the US mainland into range.

Exemptions to the travel ban are available for journalists, Red Cross representatives, those travelling for humanitarian purposes, or journeys the State Department deems to be in the national interest of the United States.

But NGOs working in the North privately express concerns about how the process will function and the potential impact on their work. A few remaining US citizens in the country left on Thursday, reports said.

Americans represent around 20 percent of the 5,000 or so Western tourists who visit the North annually although that is expected to fall significantly in 2017 because of the wider tensions as well as the ban with standard one-week trips costing about $2,000 and budget journeys about half that.

Simon Cockerell, general manager of market leader Koryo Tours, said the ban would remove all Americans from the tourism industry but have no effect on the North itself. "It will do nothing other than surrender the opportunity of presenting to even a few local Koreans a more balanced and rounded portrayal of Americans counter to the official portrayal of Americans in national media - of demonic, rapacious wolves," he said from Pyongyang.

"Any soft power advantage the US enjoyed through the decency of its citizens who travelled here has now been removed in a paternalistic and somewhat un-American act." The vast majority of tourists visiting the country are Chinese, and North Korean tourism development officials have said the ban will not affect the economy, with one telling AFP in July: "If the US government says Americans cannot come to this country, we don't care a bit."

Other curious foreigners still travel to the North, and an art symposium in Pyongyang this week saw foreign artists, most of them European, working together with North Koreans. Norwegian artist Marius Engan Johansen and his North Korean counterpart Ri Pak sculpted clay busts of each other on either side of the same stand.

DMZ Academy organiser Morten Traavik told AFP that one of the events' aim was "to show the wider world in this special critical time that communication is possible".

"By working together and by trying to understand each other it is possible to communicate when both sides have a will and wish to do so," he said.