It is tragic that we lost two of the tugboat crew, while two others are still missing, Prime Minister Pravind Jugnauth said 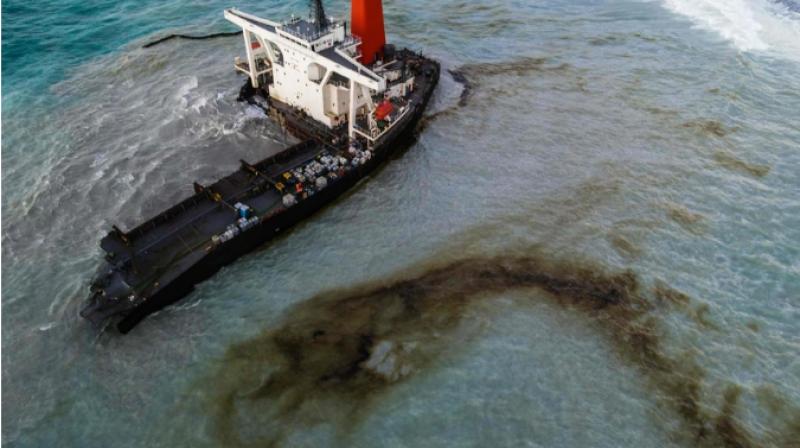 PORT LOUIS: The prime minister of Mauritius said Tuesday two sailors were dead and two others missing after a tugboat assisting in a major oil spill clean-up off the Indian Ocean island collided with a barge.

A search was under way for the missing crew after the accident late Monday as the boats returned from where a tanker crashed into a reef in late July, leaking more than 1,000 tonnes of oil into the island's picturesque waters.

"It is tragic that we lost two of the tugboat crew, while two others are still missing," Prime Minister Pravind Jugnauth said after visiting rescued sailors in hospital.

"We are doing everything we can to locate them, with all our means and with the help of fishermen in the area. On behalf of the government, I extend my sympathies to the family."

The spill was declared an ecological disaster for the Indian Ocean archipelago, and a massive clean-up operation was launched to scrub the pristine coastline and azure seas of thick sludge.

The collision between the tugboat and an unmanned barge which it was towing occurred off the northeast coast as the boats were returning from the spill site where the MV Wakashio ran aground, the barge operator Taylor Smith Group said.

The eight crew aboard the stricken tug abandoned ship, the Mauritius Ports Authority said, adding there were rough seas at the time.

Four were later rescued and taken to shore, officials said.

Jugnauth said the tug was transporting some fuel at the time "but there is no risk of a leak". The prime minister promised an investigation into the accident.

He faces growing anger over his administration's handling of the oil spill, which has caused untold ecological damage to a protected coastline that sustains the island's economy.

An estimated 75,000 people marched at the weekend in the capital Port Louis, many dressed in black and demanding answers from the government in the biggest public demonstration in 40 years.

The washing ashore of some 47 dead melon-headed whales in recent days only spurred further outrage, with environmental groups blaming the oil spill for their mysterious deaths.

Authorities have said no traces of hydrocarbons were found on the animals or in their respiratory system, however the results from autopsies have yet to be released.

It is still unclear why the Wakashio was so close to shore when the accident occurred. Jugnauth has commissioned a formal investigation and promised a full and transparent inquiry.

Critics say the government was too slow to act when the Japanese-owned ship carrying 4,000 tonnes of fuel aboard ran aground off Pointe d'Esny, an ecological jewel fringed by idyllic beaches, colourful reefs and protected wetlands.

Mauritius and its 1.3 million inhabitants depend crucially on the sea for food and ecotourism.

The bulker later split in two and was towed to open waters and sunk, in a move criticised by some marine conservation groups.