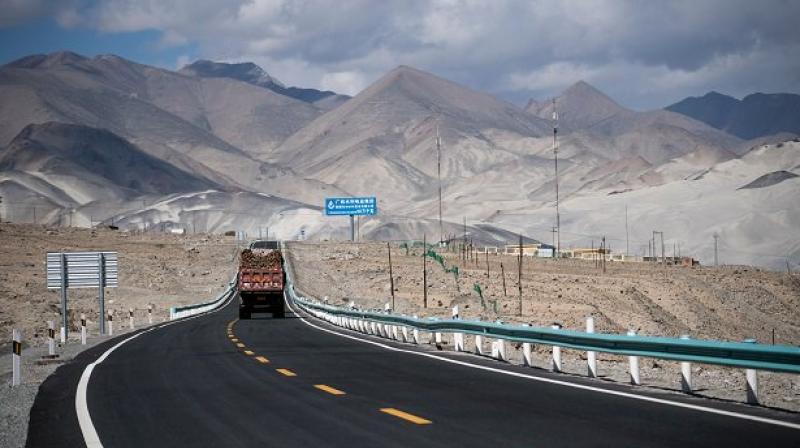 The expressway that costs USD 5.8 billion to be built cuts travel time between Lhasa and Nyingchi from eight to five hours, with a speed limit of 80 km per hour. (Photo: AFP/Representational)

Beijing: China on Sunday opened a 409-kilometre-long expressway linking Tibet's provincial capital Lhasa with Nyingchi, which is close to the border with India in Arunachal Pradesh, state-run Xinhua news agency reported. The toll-free expressway has linked the two major cities which are also tourist attractions in Tibet, it said.

The expressway that costs USD 5.8 billion to be built cuts travel time between Lhasa and Nyingchi from eight to five hours, with a speed limit of 80 km per hour.

Most of the expressways in Tibet can be used to transport military equipment, providing an advantage for the Chinese military to move troops and hardware faster.

Heavy trucks have been temporarily banned from running on the new Lhasa-Nyingchi expressway, Xinhua reported.

On 28 August, China and India agreed to end a lengthy standoff at Doklam plateau in Sikkim sector that began in June.

The tension began in June when Indian troops entered the plateau to stop China from building a new road which Delhi viewed as a serious security concern because of the access it provides to Beijing.