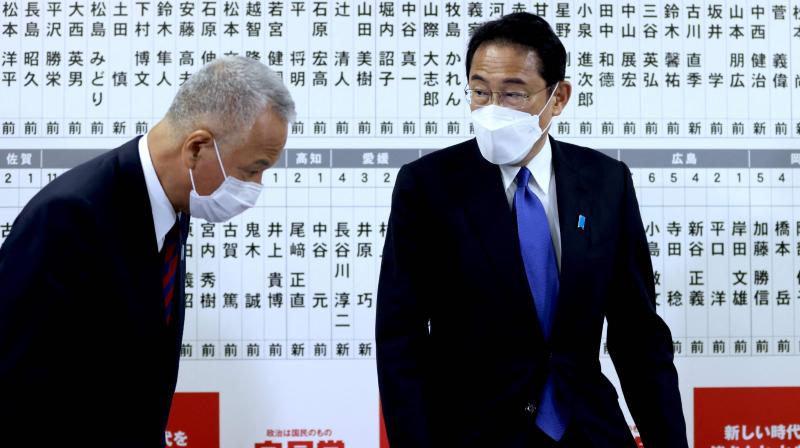 The long-ruling Liberal Democratic Party (LDP) and its junior coalition partner Komeito won 293 of the 465 seats in parliament's lower house, local media reported while the official result was finalised.

"It was a very tough election, but the people's will -- that they want us to create this country's future under the stable LDP-Komeito government and the Kishida administration -- was shown," he said.

"We received a precious 261 seats for the LDP. As a responsible party... we will meet the public mandate," said Kishida, who has been in office for a month.

The benchmark Nikkei stock index rose more than two percent after news of the result, which enables the ruling bloc to enact bills on issues from pandemic stimulus to defence spending on its own.

The coalition had previously held 305 seats in parliament, and the LDP 276 on its own.