'No one should forget Pakistan's befitting response to India's Balakot misadventure,' Pak Foreign Office in a statement said. 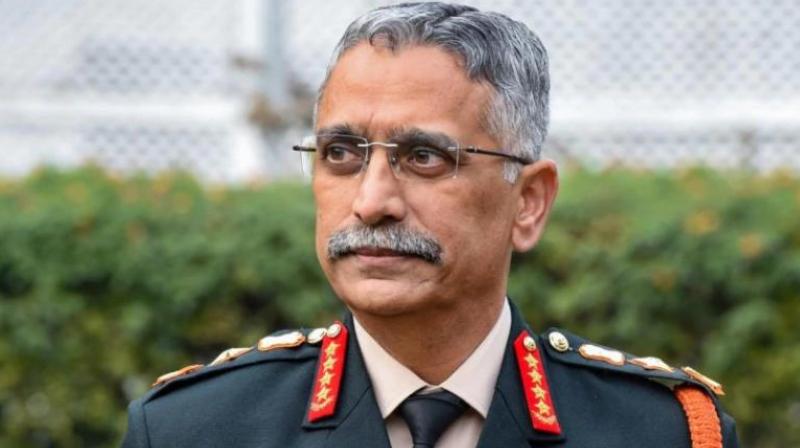 Islamabad: Pakistan on Wednesday rejected India's new Army chief's statement that New Delhi reserves the right to "preemptively strike" across the Line of Control (LoC), terming the remarks as "irresponsible".

In an exclusive interview to PTI barely hours after taking charge of the 1.3-million strong force, Army Chief Gen Manoj Mukund Naravane on Tuesday said India reserves the right to "preemptively strike" at sources of terror.

He asserted that a "new normal" in the country's response mechanism to acts of cross-border terrorism has already been "emphatically" displayed.

"If Pakistan does not stop its policy of state-sponsored terrorism, we reserve the right to preemptively strike at the sources of terror threat and this intent has adequately been demonstrated in our response during surgical strikes and Balakot operation," the Army Chief said in New Delhi, in a stern warning to Islamabad.

Reacting to Gen Naravane's remarks, the Pakistan Foreign Office in a statement said, "We reject the new Indian Army Chief's irresponsible statement regarding 'pre-emptive strikes' across the LoC" inside Pakistan-occupied Kashmir (PoK).

There should be no doubt about Pakistan's resolve and readiness to thwart any aggressive Indian move, inside its territory or PoK, the statement said.

"No one should forget Pakistan's befitting response to India's Balakot misadventure," it added.

Tensions between India and Pakistan escalated after a suicide bomber of Pakistan-based terror group Jaish-e-Mohammed killed 40 CRPF personnel in Jammu and Kashmir's Pulwama district on February 14.

India launched a counter-terror operation against a JeM training camp in Balakot on February 26.

The next day, the Pakistan Air Force retaliated and downed a MiG-21 in an aerial combat and captured its pilot, who was handed over to India on March 1.

"Despite India's provocations, Pakistan would continue contributing to all efforts of promoting peace, security and stability in the region and beyond," the statement said.

The Foreign Office also said it will continue to highlight the issue of Kashmir on international forums.

"Pakistan reaffirmed its unflinching support and solidarity with the Kashmiri people as the inhuman lockdown" in Jammu and Kashmir reaches 150 days, it said.

"As part of our unstinted moral, political and diplomatic support for the Kashmir cause, Pakistan will continue to raise at all international forums the plight of over eight million innocent Kashmiris under the brutal occupation of 900,000 Indian security personnel," the statement said.

Pakistan has been unsuccessfully trying to drum up international support against India for withdrawing Jammu and Kashmir's special status on August 5 and bifurcating it into two union territories. Reacting sharply to India's decision, Pakistan downgraded diplomatic ties with New Delhi and expelled India's ambassador in Islamabad.

India has categorically told the international community that the scrapping of Article 370 was its internal matter.

It also advised Pakistan to accept the reality and stop all anti-India propaganda. Following the abrogation of Article 370, the Indian government imposed restrictions, including ban on mobile phones and Internet, in Jammu and Kashmir to maintain law and order.

The restrictions are being gradually lifted in a phased manner.