Four others remain missing in the mudslide, which had hit Zuta village, Ningxiang County on Saturday due to heavy rains. 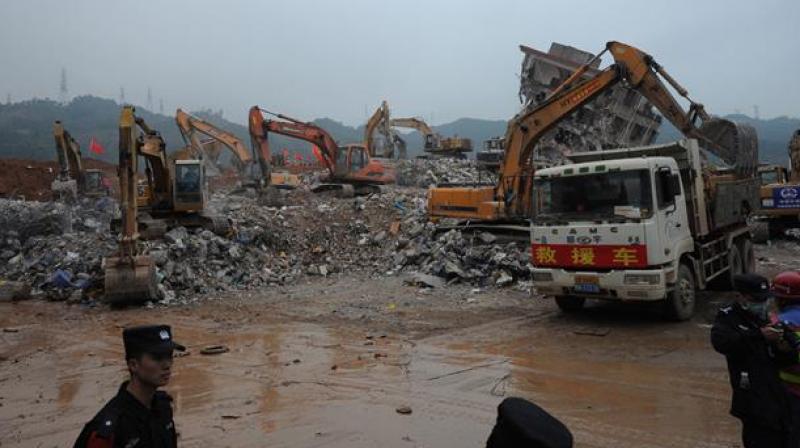 Beijing: At least five persons have been killed and 19 others injured in a mudslide in China's southern Hunan province that witnessed severe flooding after torrential rains over the last 10 days.

Four others remain missing in the mudslide, which had hit Zuta village, Ningxiang County on Saturday due to heavy rains.

Several parts of the county received over 200 mm of precipitation within 24 hours, with flooding disrupting traffic and telecommunications and raising water levels in reservoirs and rivers above warning levels.

A rescue and search operation is underway, state-run Xinhua news agency reported. Last week 15 people were killed and 73 others were listed missing in Xinmo village in Maoxian County in the Tibetan and Qiang Autonomous Prefecture of Aba.

Hunan has experienced severe flooding after torrential rains over the last 10 days. Since June 22, flooding has inundated parts of several cities, forced 311,300 people to evacuate, damaged 295,160 hectares of crops and destroyed 6,369 houses.

On Saturday, the water-level in the section of Xiangjiang River, a major tributary of Yangtze River, in the provincial capital Changsha had exceeded the previous record high of 39.18 meters set by a massive flood in 1998.

Already more than 3 meters above the warning level, the water level is expected to continue to rise as heavy rain is forecast for upstream regions over the next few days.

Meanwhile, the water levels in Dongting Lake and several other major rivers in Hunan have all risen above warning levels, worsening the flood control situation.

More than 2,000 paramilitary policemen joined locals to repair damaged dikes and helped over 7,000 people to be evacuated in cities of Shaoyang, Yiyang and Huaihua.