The official asserted that Pakistan’s efforts to combat terrorism have been acknowledged at the world level too. 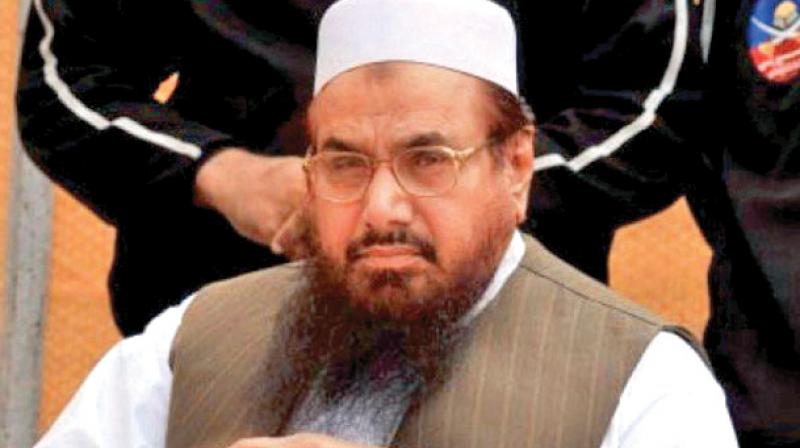 Islamabad: Pakistan on Thursday said it is taking action against some terrorist and other proscribed groups without any discrimination.

At a weekly news briefing here, foreign office spokesman Nafees Zakariya took strong exception of the Indian external affairs ministry’s statement on Jamaat Ud Dawa (JuD) chief Hafiz Saeed’s house arrest. He said India should take corrective measures for itself, rather than comment on the affairs of other countries.

Mr Zakariya said there were irrefutable evidences suggesting India’s involvement in perpetrating terror in Pakistan. He reminded that Indian institutions also carried out terrorism on their own soil and put the blame on others.

The official asserted that Pakistan’s efforts to combat terrorism have been acknowledged at the world level too. Expressing concerns over the “ongoing human rights violations” in Kashmir, Mr Zakaria said India was trying to change the demography of Kashmir and the international community should take notice of it.

The spokesman said the United Nations and the world community should try to resolve the raging Kashmir dispute. It was vital to ensure peace and stability in the South Asian region, he added. He said the Organisation of Islamic Cooperation (OIC) had been playing an effective role vis-a-vis Kashmir issue.

When asked about India’s decision to increase defence expense by 10 per cent, the spokesman said Pakistan was opposed to conventional and nuclear arms race in the region.

He described the Indian arms buying spree as a threat to the region, adding that Pakistan does not want to indulge in any arms race.

When asked about the new US visa policy, he said it was every country’s right to decide its immigration policy.