Attacks in Afghanistan kill 9 policemen, cleric and his wife

A policeman who was on duty opened fire and killed his colleagues, then collected all their firearms and fled the scene. 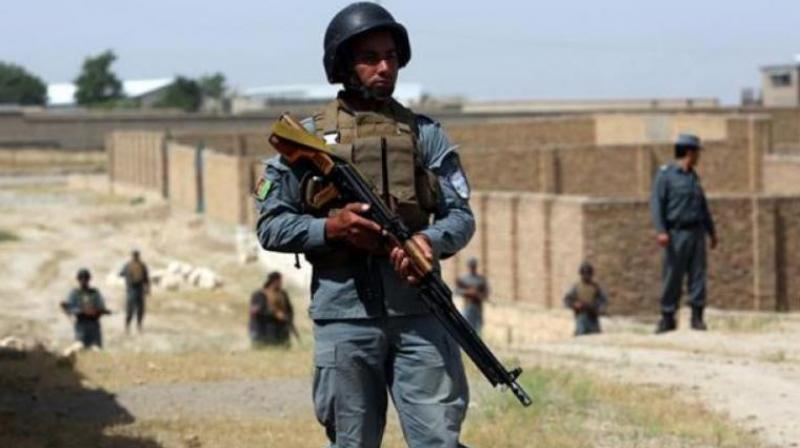 The policemen were killed while they were sleeping in an outpost in the district of Almar in northern Faryab province. (Photo: Representational Image/AP)

Kabul: An Afghan policeman turned his rifle on his colleagues in a northern province, killing eight, while a gunman in the country's east fatally shot a cleric and his wife, officials said on Friday.

The policemen were killed while they were sleeping in an outpost in the district of Almar in northern Faryab province, according to the provincial police spokesman, Abdul Karim Yuresh.

The attack happened on Thursday night and according to the spokesman, a policeman who was on duty opened fire and killed his colleagues, then collected all their firearms and fled the scene, presumably to join the Taliban.

The Taliban made no official statement or claim about the attack but Afghanistan has seen several such incidents over the past years. There has been a growing number of cases in which Afghan troops or policemen or Taliban militants dressed in Afghan uniforms have turning their guns on their colleagues or U.S.-led coalition partners.

Also on Thursday night, in the country's eastern Paktika province, a gunman killed a cleric and his wife, said Mohammad Alias Wahdat, the provincial governor.

Wahdat said the gunman entered the cleric's home in the Yusof Khail district and shot the cleric and his wife. Two of their children who were in the house survived.

Police said it was not clear who was behind the attack and no one immediately claimed responsibility for the killings.

In other violence, Gul Agha Roohani, the chief of police in eastern Nangarhar province, which borders Pakistan, said Islamic State group militants stormed the security posts in the district of Kot early on Friday, killing at least one police officer.

Afghanistan has been facing major political and security challenges since the withdrawal of international combat troops at the end of 2014, leaving a smaller contingent of troops behind to focus on training and counter-terrorism.

Also, President Ashraf Ghani has been dealing with a stepped-up insurgency by the Taliban seeking to topple the government as well as an affiliate of the Islamic State group, which emerged two years ago and has expanded its footprint, especially in the country's east and in Nangarhar province.