The funeral was attended by senior Afghan govt officials including Chief Executive Abdullah Abdullah, who was reported to be unhurt. 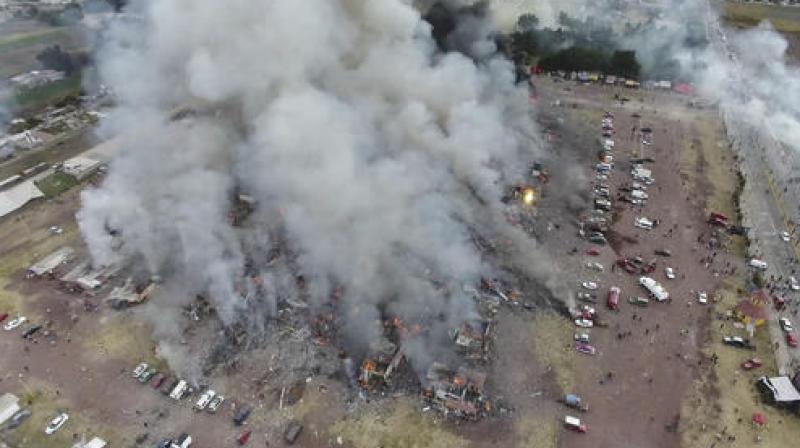 Afghan police and other security personnel have cordoned off the cemetery grounds asking people to keep away from the area. (Photo: AP/Representational)

Kabul:  At least 12 people were killed, 18 were injured after multiple explosions rocked the funeral ceremony of an Afghan man killed during protests over the worsening security situation in the capital of Kabul on Saturday, witnesses said.

"Many people have been killed and wounded at the funeral of Salim Ezadyar," the son of a prominent Afghan politician, witness Abdul Wudood said.

According to an ANI tweet by TOLO news, “Three blasts were reported in Khair Khana, near cemetery where Senator Ezadyar's son was being buried”. “Early reports indicate at least 12 dead in cemetery attack in Khair Khana area of Afghanistan,” the tweet further added.

The funeral was attended by senior Afghan government officials including Chief Executive Abdullah Abdullah, but his office said that he was unhurt.

Ezadyar was among four people killed on Friday when an anti-government protest spiralled into street clashes, with police firing live rounds to disperse hundreds of stone-throwing demonstrators incensed by a catastrophic bombing.

Public anger has mounted after an explosives-laden sewage tanker detonated in Kabul's diplomatic quarter on Wednesday, killing 90 people and wounding hundreds of others in the deadliest attack in the Afghan capital since 2001.

Afghan police and other security personnel have cordoned off the cemetery grounds asking people to keep away from the area.