World   Asia  03 Jun 2018  Trade negotiations to be void if US imposes tariffs on our goods: China
World, Asia

Trade negotiations to be void if US imposes tariffs on our goods: China

While details are still being finalised, both countries worked to implement consensus reached from earlier trade talks in Washington. 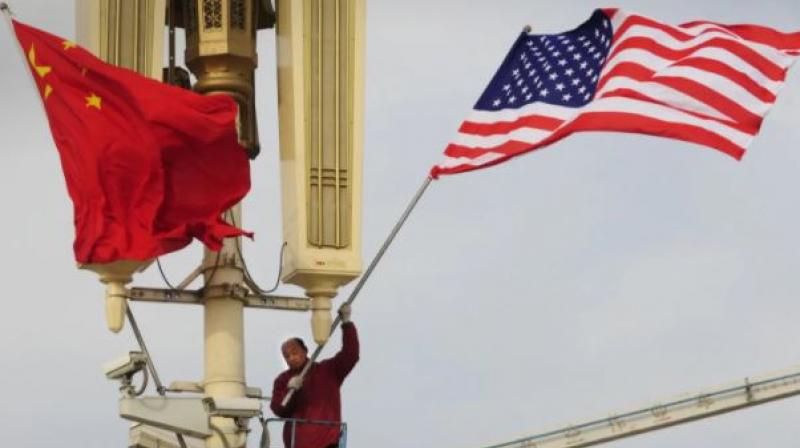 China's willingness to buy more American products and allow US investments with IPR protections raised hopes of an agreement, which led to current round of talks in Beijing. (Photo: File/AFP)

Beijing: China on June 3 warned the US that trade negotiations would be void if it imposes tariffs on Chinese goods, as the latest round of talks organised to avert a trade war between the two largest economies of the world ended here.

Chinese and US teams, led by Chinese Vice Premier Liu He and US Secretary of Commerce Wilbur Ross, held economic and trade consultations in Beijing, an official statement here carried by state-run Xinhua news agency said on Sunday.

"To implement the consensus reached in Washington, the two sides have had good communication in various areas such as agriculture and energy, and have made positive and concrete progress while relevant details are yet to be confirmed by both sides," the statement said.

"The attitude of the Chinese side remains consistent," it said. But at the same time, it warned that the outcome of the talks should be "based on the prerequisite that the two parties meet each other halfway and will not engage in a trade war". "If the US introduces trade sanctions including tariff increases, all economic and trade achievements negotiated by the two parties so far will be void," said the Chinese government statement.

To meet the people's ever-growing needs for a better life and the requirements of high-quality economic development, China is willing to increase imports from other countries, including the US, which will benefit people of both countries and the rest of the world, it noted. "Reform and opening-up as well as expanding domestic demand are China's national strategies. Our set pace will not change," it said.

While details are still being finalised, both countries worked to implement the consensus reached from earlier trade talks in Washington in various fields such as agriculture and energy, which Beijing says will be void if US President Donald Trump imposes in trade sanctions to keep up pressure.

The US has not released its statement on the talks.

Ross earlier said that talks between the world's two largest economies had been "friendly and frank". The 50-member strong US raised topics including additional Chinese purchases of US exports.

The previous round of talks in Washington saw China pledging “significant increase” in its purchases of US agricultural goods.

China too threatened a tit-for-tat retaliation but blinked in the end with a categorical undertaking to import more goods from the US, sparking off concerns over the likely trade war between the two countries for its potential to create a cascading effect on the global trade order. Since then both the countries have been negotiating to reach an understanding.

China's willingness to buy more American products and allow US investments with IPR protections raised hopes of an agreement, which led to current round of talks in Beijing.