No strings attached, says Xi Jinping on funding for vanity projects in Africa

Xi said plan, for which Beijing has pledged USD 126 bn, would help provide resources and facilities for Africa and expand shared markets. 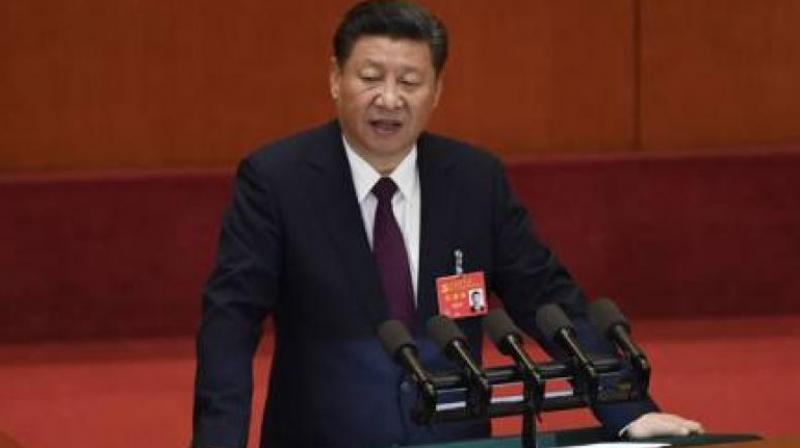 'China does not interfere in Africa's internal affairs and does not impose its own will on Africa. What we value is the sharing of development experience and the support we can offer to Africa's national rejuvenation and prosperity,' Xi said. (Photo: File)

Beijing: Chinese funds are not for "vanity projects" in Africa but are to build infrastructure that can remove development bottlenecks, Chinese President Xi Jinping said on Monday, telling Chinese firms they also had to respect local people and the environment.

Xi said at a business forum before the start of a triennial China Africa summit their friendship was time-honoured and that China's investment in Africa came with no political strings attached.

"China does not interfere in Africa's internal affairs and does not impose its own will on Africa. What we value is the sharing of development experience and the support we can offer to Africa's national rejuvenation and prosperity," Xi said.

"China's cooperation with Africa is clearly targeted at the major bottlenecks to development. Resources for our cooperation are not to be spent on any vanity projects but in places where they count the most," he said.

China has denied engaging in "debt trap" diplomacy but Xi is likely to use the gathering of African leaders to offer a new round of financing, following a pledge of USD 60 billion at the previous summit in South Africa three years ago.

Chinese officials have vowed to be more cautious to ensure projects are sustainable. China defends continued lending to Africa on the grounds that the continent still needs debt-funded infrastructure development.

Beijing has also fended off criticism it is only interested in resource extraction to feed its own booming economy, that the projects it funds have poor environmental safeguards, and that too many of the workers for them are flown in from China rather than using African labour.

Xi told business leaders Chinese firms in Africa had to be aware of their social responsibilities and make sure their investments served the community and improved their wellbeing.

"I hope that our entrepreneurs will act to fulfil social responsibilities and respect local culture and tradition," he said.

"I also hope you will do more in staff training and bettering lives for the local people and will put more emphasis on the environment and resources," Xi said.

Chinese officials say this year's summit will strengthen Africa's role in Xi's Belt and Road initiative to link China by sea and land with Southeast and Central Asia, the Middle East, Europe and Africa through an infrastructure network modelled on the old Silk Road.

Xi said the plan, for which Beijing has pledged USD 126 billion, would help provide more resources and facilities for Africa and would expand shared markets.

China loaned around USD 125 billion to the continent from 2000 to 2016, data from the China-Africa Research Initiative at Washington's Johns Hopkins University School of Advanced International Studies shows.

State media has accused the West of sour grapes over China's prominent role in Africa and has angrily rejected claims of forcing African countries into a debt trap.

"In terms of cooperation with China, African countries know best," widely read tabloid the Global Times wrote in an editorial on Monday.

"Western media deliberately portray Africans in misery for collaborating with China and they appear to have discovered big news by finding occasional complaints in the African media about Sino-Africa cooperation," it said.

Every African country is represented at the business forum apart from eSwatini, self-ruled Taiwan's last African ally that has so far rejected China's overtures to ditch Taipei and recognise Beijing.

There are some controversial guests. Sudan President Omar al-Bashir, who has been in power for nearly 30 years, is wanted by the International Criminal Court for war crimes over killings and persecution in Sudan's Darfur province between 2003 and 2008.

Xi told him on Sunday that "foreign forces" should not interfere in Sudan's internal affairs, China's Foreign Ministry said.