Investigations revealed that some of the students had gathered there to study and attend online lectures, while some were invited over tea 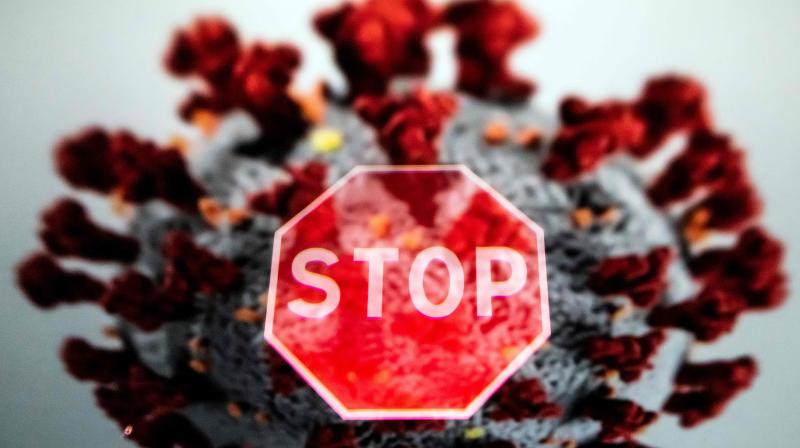 Singapore: A court in Singapore has imposed hefty fines on nine Indian students for gathering at a rented apartment, in violation of the country's "circuit breaker" rules enforced to contain the spread of the coronavirus.

It noted that the incident occurred on May 5, during the COVID-19 "circuit breaker" period when it was illegal in the country to have guests at one's household, or to meet other people for social purposes.

They were caught after an unidentified person called the police about "an altercation" at the apartment on Kim Keat Road, reported Channel News Asia.

When the police responded to a call at about 12.50 pm, they found 17 people inside the apartment.

Imposing the fine, District Judge Bala Reddy said that what could and could not be done in Singapore during the circuit breaker had already been widely publicised.

The "circuit-breaker" period began on April 7 as part of which all non-essential work places were closed and residents were barred from leaving their house except to buy food and groceries or to exercise alone in the neighbourhood. It ended on June 2.

Businesses that operate in settings with low transmission risks were allowed to reopen. Full hairdressing services, motor vehicle servicing, air conditioning servicing, printing, basic pet services and education bookshops and limited school activities have been allowed to resume as part of phase 1 of the reopening.

According to the health ministry, there are 36,922 confirmed COVID-19 cases in Singapore.

Three of the students fined, Navdeep Singh, 20, Sajandeep Singh, 21 and Avinash Kaur, 27, were tenants at the apartment.

Navdeep and Sajandeep were given the highest fines of SGD 4,500 each for inviting three people to the apartment.

Six people - including the three accused tenants - are registered tenants of the unit.

One person was a sub-tenant who claimed to live there and three others said they were guests who had stayed over since May 4 after being evicted from their own lodging.

The police found some of them sleeping in the living room.

The remaining seven people were guests of the accused who visited that day.

Investigations revealed that some of the students had gathered there to study and attend online lectures, while some were invited over tea.

Navdeep and Sajandeep pleaded guilty to one charge each of breaking a COVID-19 regulation by inviting guests to their unit for a non-exempted reason, with two other charges taken into consideration.

Deputy Public Prosecutor Stephanie Koh asked for the fines that were eventually meted out, noting that the unit was "obviously overcrowded".

"This is by no means a small number and in fact far exceeds the proper living capacity of the three-bedroom unit, which was only legally tenanted to six persons and already had people sleeping in the living room," she said.

She said the offences magnified the potential for COVID-19 to spread within the unit and to the rest of the community.

"The guests each spent between one to four hours in the unit which is a lengthy period of time.

Moreover, their visits did not have an agreed end-time and would likely have continued had the police not gone to the unit," Koh said.

She said the accused met "for a frivolous and completely unnecessary purpose in blatant disregard of the social distancing measures that the rest of society has taken pains to comply with".

The hosts committed more severe breaches than the guests as they instigated the visits, with Navdeep and Sajandeep most culpable as they had three guests each.

The students were not represented and each gave their own mitigation, with most of them saying that they had taken loans to study in Singapore and could not afford hefty fines.

"Please give me a chance, I am very remorseful for what I have done," he said through an interpreter. "I came to study so that I could brighten my future."

Some of them, including Avinash, said they came from poor families in India.