The national security law is fundamentally a tool to incriminate speech, wrote author and activist Joshua Wong on Facebook. 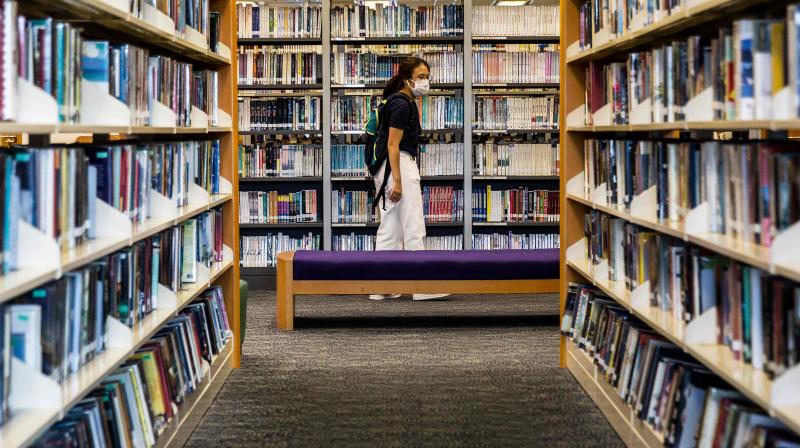 A woman looks at books in a public library in Hong Kong on July 4, 2020. - Books written by prominent Hong Kong democracy activists have started to disappear from the city's libraries, online records show, days after Beijing imposed a draconian national security law on the finance hub.The new security law and the removal of books raises questions of whether academic freedom still exists. (Photo | AFP)

Among the authors whose titles are no longer available are Joshua Wong, one of the city’s most prominent young activists, and Tanya Chan, a well known pro-democracy lawmaker.

Beijing’s new national security law was imposed on Tuesday and is the most radical shift in how the semi-autonomous city is run since it was handed back to China by Britain in 1997.

China’s authoritarian leaders say the powers will restore stability after a year of pro-democracy protests, will not stifle freedoms and will only target a “very small minority”.

But it has already sent fear coursing through a city used to speaking openly, with police arresting people for possessing slogans pushing independence or greater autonomy and businesses scrambling to remove protest displays.

Wong said he believed the removal of the books was sparked by the security law.

“White terror continues to spread, the national security law is fundamentally a tool to incriminate speech,” he wrote on Facebook, using a phrase that refers to political persecution.

Searches on the public library website showed at least three titles by Wong, Chan and local scholar Chin Wan are no longer available for lending at any of dozens of outlets across the city.

An AFP reporter was unable to find the titles at a public library in the district of Wong Tai Sin on Saturday afternoon.

The city’s Leisure and Cultural Services Department, which runs libraries, said books had been removed while it was being determined whether they violate the national security law.

“In the process of the review the books will not be available for borrowing and reference,” it said.

The law targets acts of subversion, secession, terrorism and colluding with foreign forces.

China says it will have jurisdiction in some cases and empowered its security apparatus to set up shop openly in Hong Kong for the first time, ending the legal firewall between the two.

Rights groups and legal analysts say the broad wording of the law—which was kept secret until it was enacted—outlaws certain political views, even if expressed peacefully.

Any promotion of independence or greater autonomy appears to be banned by the legislation. Another vaguely worded provision bans inciting hatred towards the Chinese or Hong Kong government.

The new security law and the removal of books raises questions of whether academic freedom still exists.

Hong Kong has some of Asia’s best universities and a campus culture where topics that would be taboo on the mainland are still discussed and written about.

But Beijing has made clear it wants education in the city to become more “patriotic” especially after a year of huge, often violent and largely youth-led pro-democracy protests.