‘Programs like Digital India, Start-Up India and Make in India are changing economic landscape of India,’ he said. 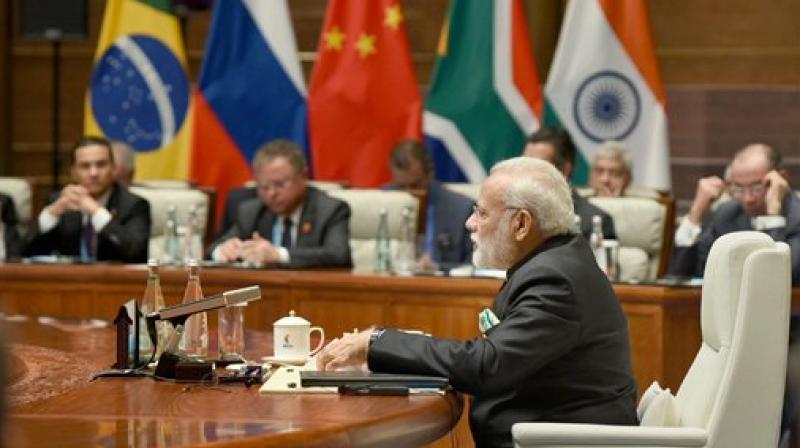 "It is India’s biggest economic reform measure ever; in one stroke, a unified market of 1.3 billion people has been created," he said.

“Digital India, Start Up India and Make in India are assisting India turn into a knowledge based, skill supported and tech driven society,” he said.

"I am happy to note that BRICS Business Council is entering into an MOU with the New Development Bank," Modi said.

"India is changing fast into one of the most open economies in the world today; FDI inflows are at an all-time high, rising by 40 per cent," he added.

“We count on the BRICS Business Council to take us closer to our common objective of improving business and investment cooperation,” the Prime Minister said, concluding his speech.