Ju was a former minister of the North's defence ministry, which was in charge of developing the country's nuclear weapons and missiles. 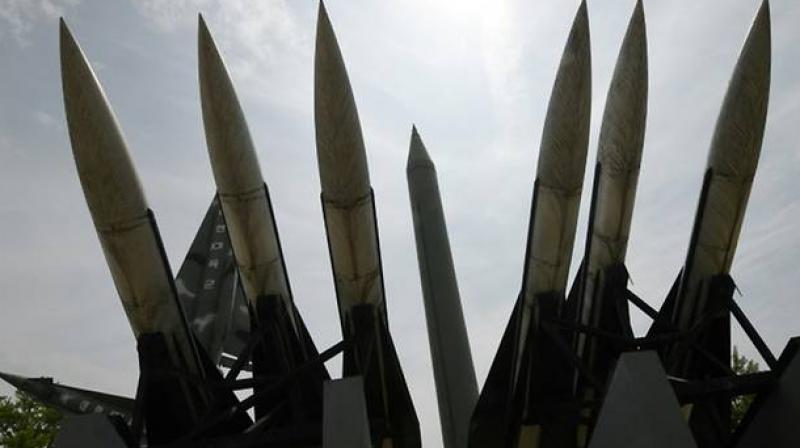 Seoul: A veteran North Korean official who was sanctioned for his suspected role in development of the country's nuclear and missile technology has died, the North announced on Tuesday.

The state-run KCNA news agency said "academician and professor" Ju Kyu Chang died on Monday at the age of 89 from "pancytopenia", a blood disease. It said the official state obituary described Ju as "an elder revolutionary who made (a) distinguished contribution to the strengthening of the country's defence capabilities".

Ju was a former minister of the North's defence ministry, which was in charge of developing the country's nuclear weapons and missiles. He was one of a number of individual North Koreans slapped with non-proliferation sanctions in 2013 by the US Department of Treasury for their role in the nuclear programme. Ju oversaw the launch of North Korea's Unha 2 long-range rocket in 2009, which he watched alongside then leader Kim Jong Il, Yonhap news agency said.

He was also deeply involved in developing the two Unha-3 long range rockets launched in 2012 before retiring in 2015, it added. Impoverished and isolated North Korea has prioritised its nuclear weapons, achieving remarkable success in recent years. It conducted its first successful nuclear test in 2006 followed by five more and a string of increasingly successful intercontinental ballistic missile (ICBM) launches.

Last year it claimed it had become a nuclear state, capable of fitting a viable nuclear weapon on an ICBM that could reach as far as the United States' eastern seaboard.