He faces a maximum of two years' jail, fine, caning, or any combination of these punishments for each charge. 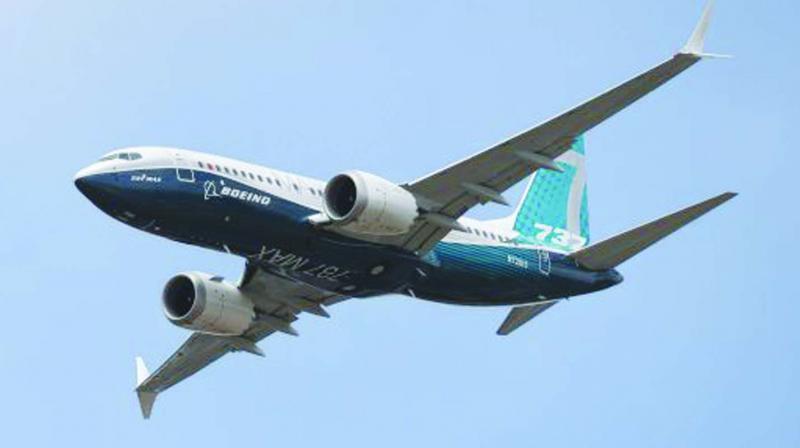 A 39-year-old Indian man was found guilty on Monday of molesting an air stewardess on a flight from Cochin to Singapore in 2017, according to a media report. (Representational Image)

Singapore: A 39-year-old Indian man was found guilty on Monday of molesting an air stewardess on a flight from Cochin to Singapore in 2017, according to a media report.

Vijayan Mathan Gopal, who is a Singapore permanent resident, was convicted of three counts of outraging the modesty of the 22-year-old Scoot air stewardess on November 2, 2017, Channel News Asia reported. He had held her right arm and touched her face, cupped her face with his hands, placed his hand on her thigh and touched her buttock.

The victim, whose identity is protected by gag order, gave evidence during the trial that she did not know the man before he boarded the plane that day. Vijayan was the last one to board the Singapore-controlled aircraft and smelled strongly of alcohol, and his pants were unzipped, the stewardess told the court.

However, he was able to walk to his seat, listen to her and pass her his boarding pass. Soon after the plane took off, the victim noticed that Vijayan was having a dispute with another air stewardess at his aisle seat.

The victim, who was in charge of the cabin crew, approached the pair and discovered that they were arguing as Vijayan did not want to pay after ordering some food and red wine. She appeased the man by agreeing to serve him his food before payment was made, against Scoot's policy, but Vijayan rejected the food, claiming the other stewardess was rude to him.

The victim assigned a steward to attend to Vijayan while she gave her attention to a medical emergency with a passenger who was feeling faint and lacked oxygen. While this was ongoing, Vijayan repeatedly pressed the call light button asking for assistance and wanted the victim to attend to him.

After a nurse came forward to help the sick passenger, the victim went to Vijayan and told him firmly not to press the call light again.

Suddenly, Vijayan asked her where she lived and touched her face, stroking her forehead down to her chin and saying: "You are so beautiful." He then cupped her face with both hands.

The victim testified during the trial that this made her feel "angry, uncomfortable and very disgusted", but she could not push him away because he was a passenger. She leaned back and raised her voice, saying: "Sir, sir, sir." He replied: "Do not throw your anger at me", and "I'm the boss of this flight."

The victim tried to stand up but Vijayan continued grabbing her right arm. When she tried again, he put his hand on her right thigh with great force. When she finally managed to get to her feet by grabbing the arm rest, she felt Vijayan touching her by placing his palm on her left buttock.

The victim reported the incident to the plane captain, who observed that she was shaken. After the plane landed in Singapore at about 8 am on Nov 2, 2017, the victim submitted a report to Scoot and also to the airport police.

Vijayan in his defence denied committing any of the acts against the victim and alleged that the victim had fabricated the incident to suppress the fact that he had complained against the other stewardess for her "poor service". District Judge Salina Ishak found him guilty of all three charges of using criminal force on the air stewardess to outrage her modesty.

The charges were read with a section under the Tokyo Convention Act, which states that any crime occurring on a Singapore-controlled aircraft would constitute an offence under Singapore's law. Vijayan will return to court for mitigation and sentencing on Aug 28.

He faces a maximum of two years' jail, fine, caning, or any combination of these punishments for each charge.