Except India, all 15 RCEP countries ready to finalise deal. 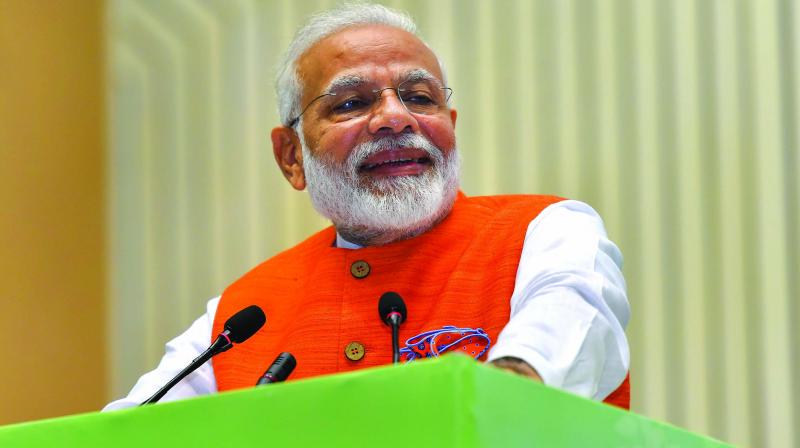 Prime Minister Modi made the announcement during his speech at the RCEP Summit here, which was attended by several world leaders.

Prime Minister Modi made the announcement during his speech at the RCEP Summit here, which was attended by several world leaders.

“The present form of the RCEP agreement does not fully reflect the basic spirit and the agreed guiding principles of the RCEP. It also does not address satisfactorily India’s outstanding issues and concerns. In such a situation, it is not possible for India to join RCEP agreement,” Mr Modi said.

The original RCEP was aiming to facilitate the creation of the biggest free-trade region in the world as the 16-nation grouping is home to 3.6 billion people, or nearly half the world’s population.

India has been forcefully raising the issue of market access as well as protected lists of goods mainly to shield its domestic market as there have been fears that the country may be flooded with cheap Chinese agricultural and industrial products once it signs the deal.

“India stands for greater regional integration as well as for freer trade and adherence to a rule-based international order. India has been pro-actively, constructively and meaningfully engaged in the RCEP negotiations since inception. India has worked for the cherished objective of striking balance, in the spirit of give and take,” the Prime Minister said.

“Today, when we look around we see during seven years of RCEP negotiations, many things, including the global economic and trade scenarios have changed. We cannot overlook these changes,” he added.

The RCEP negotiations were launched by Asean leaders and six other countries during the 21st Asean Summit in Phnom Penh in November 2012. The objective of launching RCEP negotiations was to achieve a modern, comprehensive, high-quality, and mutually beneficial economic partnership agreement among the Asean member states and its FTA partners.

“When I measure the RCEP agreement with respect to the interests of all Indians, I do not get a positive answer. Therefore, neither the Talisman of Gandhiji nor my own conscience permit me to join RCEP,” Mr Modi said.

This is not the first time that the Indian government under Prime Minister Modi has demonstrated a strong resolve in matters of international trade and related negotiations. US President Donald Trump who is known for his negotiation skills has himself called Mr Modi a tough negotiator, sources said.

“Gone are the days when Indian negotiators caved-in to pressures from the global powers on trade issues. This time, India played on the front foot, stressing on the need to address India’s concerns over trade deficits and the need for other countries to open their markets to Indian services and investments,” government sources said.

The sources said except India, all 15 RCEP member countries were on board in finalising the deal at Monday’s summit.

On Saturday, the trade ministers from 16 RCEP countries failed to resolve the outstanding issues identified by India, though back-channel talks continued on the sidelines of the Asean summit to resolve the sticky issues.