Among the deceased, 70 were from Hubei Province and its provincial Wuhan, the epicentre of the virus outbreak 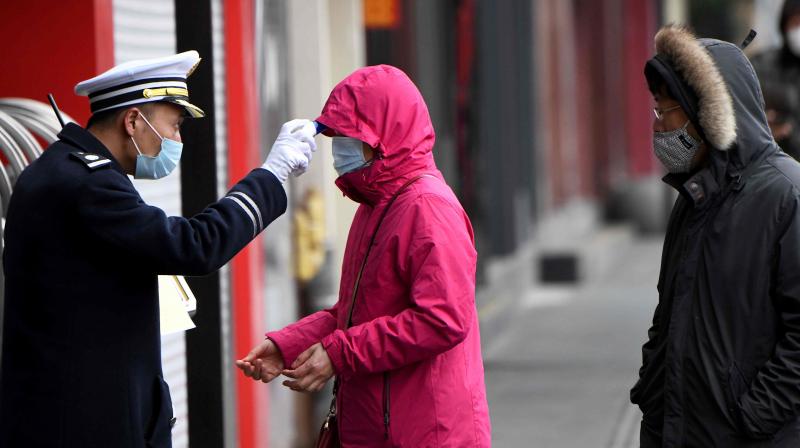 Beijing: The death toll in China's novel coronavirus outbreak went up to 563 as 73 people died on Wednesday, the highest one-day fatalities so far, while total confirmed cases rose sharply to 28,018, Chinese health officials said on Thursday.

On Wednesday, 73 people died due to the virus and the new confirmed cases of the epidemic went up by 3,694, the country's National Health Commission announced.

Overall 563 people have died in the country due to the virus so far and 28,018 confirmed cases have been reported from 31 provincial-level regions, the Commission said.

Among the deceased, 70 were from Hubei Province and its provincial Wuhan, the epicentre of the virus outbreak.

Tianjin, Heilongjiang and Guizhou provinces registered one death each, the Commission said.

Another 5,328 new suspected cases were reported on Wednesday of which 2,987 are in Hubei.

As the virus is transmitted from human-to-human, over 2.82 lakh close contacts of the patients have been traced, with over 1.86 lakh others still under medical observation.

By the end of Wednesday, 21 confirmed cases had been reported from Hong Kong 10 in the Macao and 11 in Taiwan, the commission said.

The virus cases abroad climbed to 182 on Wednesday. The Philippines reported first death abroad while Hong Kong announced its first casualty on Sunday.

Chinese officials hope the cases will come down in the coming days with more specialised hospitals being set up in Wuhan.

China's Ministry of Science and Technology said that a batch of Remdesivir, an antiviral drug, which will be put into clinical trials to test its efficiency on the novel coronavirus (2019-nCoV), is expected to arrive in China soon.

Remdesivir has been used to treat Ebola infections abroad, a media report said.

So far there is no set treatment to cure the coronavirus cases.