The number of dead and missing has fluctuated wildly since the disaster, with officials and state media offering conflicting information. 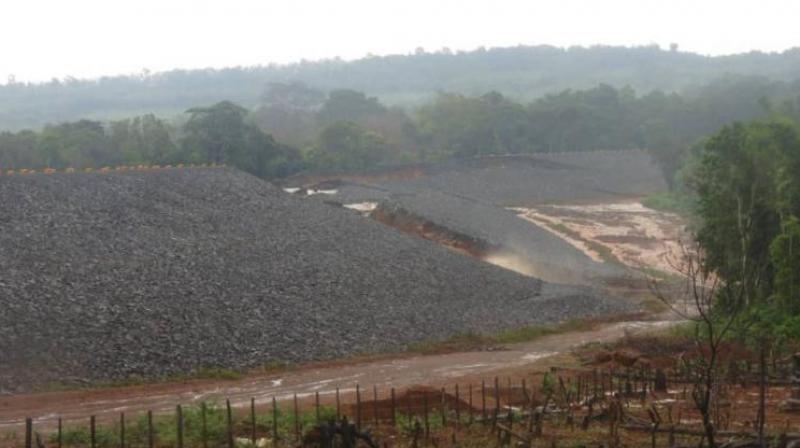 The USD 1.2-billion dam -- a joint venture between South Korean, Laotian and Thai firms -- broke after heavy rains and submerged about a dozen villages in one of Laos' poorest provinces. (Photo: @nickdallshir | Twitter)

Bangkok: The death toll from a massive dam collapse in southern Laos has jumped to 31, officials said, with scores still missing weeks after the unprecedented disaster that swept entire villages and farmland away.

Information about the number of dead and missing has trickled out of the disaster zone since the July 23 dam collapse in the secretive state unaccustomed to organising large-scale rescue operations -- and the global media scrutiny the deadly disaster has drawn.

An official in southern Attapeu province said the death toll had climbed and scores were still missing weeks after the dam burst, unleashing a wall of water across a large swathe of the province.

"The operation over the past day, teams have found dead bodies which put the death toll at 31 while the number of missing is at 130," Ounla Xayasith, the deputy governor of Attapeu, told reporters Sunday.

The number of dead and missing has fluctuated wildly since the disaster, with officials and state media offering conflicting information in the days after the dam burst.

The USD 1.2-billion dam -- a joint venture between South Korean, Laotian and Thai firms -- broke after heavy rains and submerged about a dozen villages in one of Laos' poorest provinces.

Homes and farms were washed away instantly and panicked residents ran into the forest or onto rooftops desperately seeking safety after they were given little warning of the impending deluge.

The massive rescue efforts have been complicated by the remote location of the disaster that had little infrastructure even before the accident.

Laos Minister of Energy and Mines Khammany Inthirath has said the poor construction may have contributed to the accident and the government would launch an official investigation into the cause.

One of the South Korean companies involved in the project, SK Construction, said it would confirm possible compensation packages after the probe is complete.

"We will focus on relief efforts on the ground for now and will discuss any compensation packages once the investigative team announces the official result of their investigation," a spokesman told AFP Monday, adding the firm has donated USD 10 million in aid.

The dam is one of dozens under construction in impoverished, landlocked Laos, which has billed itself as the "battery of Asia" in a bid to become a major energy exporter.

But the accident has called into question its ambitious dam-building schemes, which have displaced thousands and cut off key access to rivers for farming and fishing.