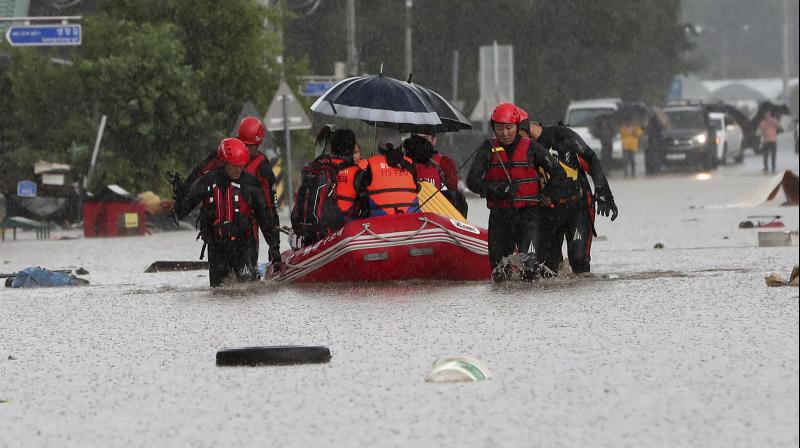 Seoul: Days of heavy rain could cause flooding or landslides across North Korea, officials warned, as the South said Thursday 16 people had died in the downpours lashing the peninsula.

North Korea is particularly vulnerable to sustained heavy rain as many mountains and hills have long been stripped of vegetation, allowing water to flow downhill unchecked.

But the South has also suffered, with authorities saying at least 16 people had been killed in the past few days by floods in the central region.

Another 11 were missing, while 1,600 people had been displaced from their homes, authorities said.

"It is important to take necessary measures for the regions which are in danger," said Dokgo Hyok Chol, an official at the State Hydro-meteorological Administration.

KCNA did not mention any casualties or damage caused by the rain.

At least 138 North Koreans died after torrential rain triggered major floods in 2016, the United Nations said at the time.

More than 160 people were killed by a massive rainstorm in the summer of 2012.