The attack, claimed by the Islamic State group, took place when there was a heavy rush of devotees who had gathered at the shrine. 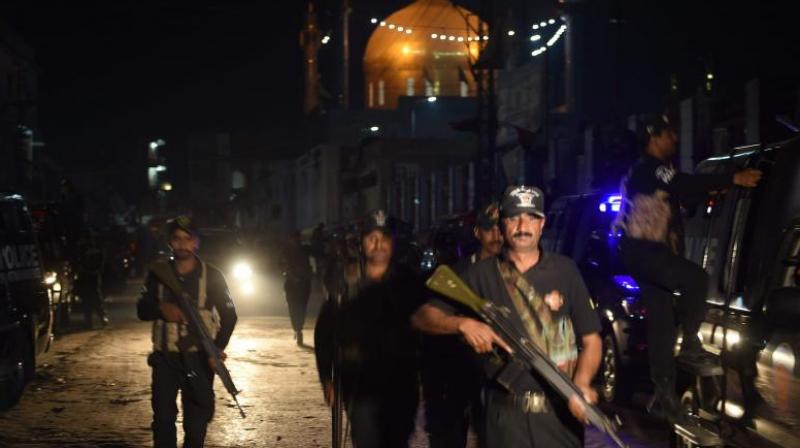 In March, 2005, at least 35 people were killed when a suicide bomber exploded himself at the shrine. (Photo: AFP/Representational)

Karachi: The death toll in the suicide attack at a prominent Shia shrine in Pakistan's restive Balochistan province has risen to 22, officials said on Friday.

A suicide bomber detonated his explosives vest when he was stopped by a police officer guarding the Dargah Fatehpur, according to Deputy Commissioner Asadullah Kakar.

The attack, claimed by the Islamic State group, took place when there was a heavy rush of devotees who had gathered at the shrine in the village of Jhal Masgi, located about 400 km from Quetta, the capital of Baluchistan province.

Devotees gather at the shrine of the revered Sufi saint every Thursday to participate in a sufi dance called 'dhamaal' and prayers.

At least 22 people, including three children, were killed and more than 30 others injured in the bombing, Geo TV quoted a senior police official as saying.

Officials said the death toll rose after an under- treatment victim succumbed to his injuries at the Chandka hospital in Larkana.

Investigations are under way and police have collected evidence from the site of the blast, the official said.

He said the bravery of police officials and security guards at the entrance of the shrine ensured that the suicide bomber could not harm the people who had amassed inside.

The Islamic State terror group claimed responsibility for the attack in a brief statement carried by its propaganda 'Amaq' news agency.

This was also the second attack on the Pir Rakhel Shah shrine since 2005. In March, 2005, at least 35 people were killed when a suicide bomber exploded himself at the shrine.

Balochistan Home Minister Mir Sarfaraz Bugti said the shrine was holding its annual Urs and hundreds of devotees from all over the country had come to pay their respects.

Prime Minister Shahid Khaqan Abbasi condemned the attack and vowed that his government will act against militants with full might.

Thursday's attack is the second major strike at a shrine in Balochistan where in November 2016, at least 52 people were killed and 102 injured in a blast at the shrine of Shah Norani in Khuzdar district.