Solution to Rohingya issue has to be found in Myanmar: B'desh foreign secy

The Foreign Minister said that the Bangladesh government wants Rohingyas to go back as soon as possible. 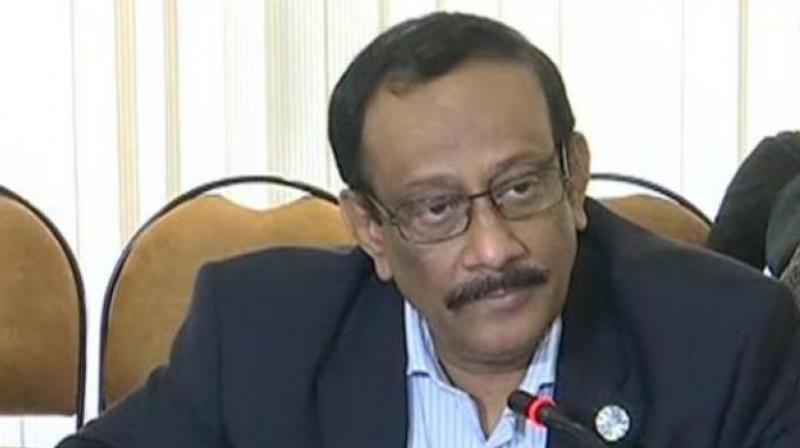 Bangladesh Foreign Secretary Shahidul Haque said, 'Our position is very clear, the problem has been created in Myanmar and the solution has to be found in Myanmar.' (Photo: ANI)

Dhaka: Bangladesh Foreign Secretary Shahidul Haque on Friday said the solution to the Rohingya issue has to be found in Myanmar as it was created there.

"Our position is very clear, the problem has been created in Myanmar and the solution has to be found in Myanmar," Haque said at a press conference.

"We can help the Myanmar Government, but solution can't be their stay in Bangladesh. We want them to go back as soon as possible," he added.

Haque further said that Bangladesh has given Myanmar a written proposal on how to take back the Rohingyas and in this regard, a working group consisting of representatives of both countries has been set up.

Earlier, Bangladesh and Myanmar had agreed to form a joint working group, which will draw up plans for the repatriation process of Rohingya refugees.

Nearly half a million Rohingyas have fled to Bangladesh due to violence in the Rakhine state that has claimed lives of at least more than 100 people and displaced several others.

Bangladesh is currently sheltering 5,07,000 Rohingya refugees in the country.

Myanmar troops launched a crackdown in the Rakhine state in response to attacks on three border posts in 2016 that killed nine police officers, since then many Rohingya Muslims have tried to move into Bangladesh illegally.

Rohingyas are not recognised by Myanmar as its citizens and are called Bengali by them.