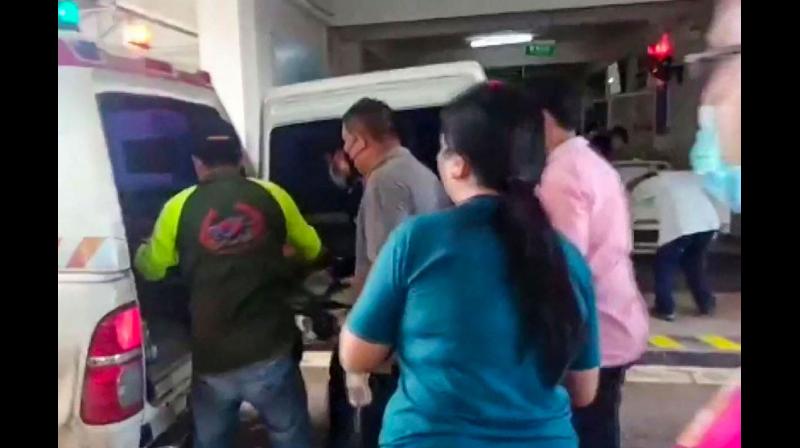 This frame grab from video footage by Thai PBS made available via AFPTV and taken on October 6, 2022 shows medical staff carrying a stretcher out of an ambulance in the northern Thai province of Nong Bua Lam Phu, where a former policeman shot dead at least 30 people in a nursery. - A former police officer stormed a nursery in Thailand on October 6, shooting dead at least 30 people, most of them children, before killing himself and his family. (Photo: AFP)

BANGKOK: Thai Prime Minister Prayut Chan-O-Cha on Thursday ordered an urgent probe after a former police officer murdered more than 30 people, most of them children, in a rampage at a nursery.

"Concerning this horrifying incident... I would like to express my deepest sorrow and condolences to the families of the dead and injured," Prayut wrote on his official Facebook page, adding that he had told the national police chief to "fast-track an investigation".