The apocalyptic article comes as tensions soar on the Korean Peninsula over Pyongyang's nuclear ambitions. 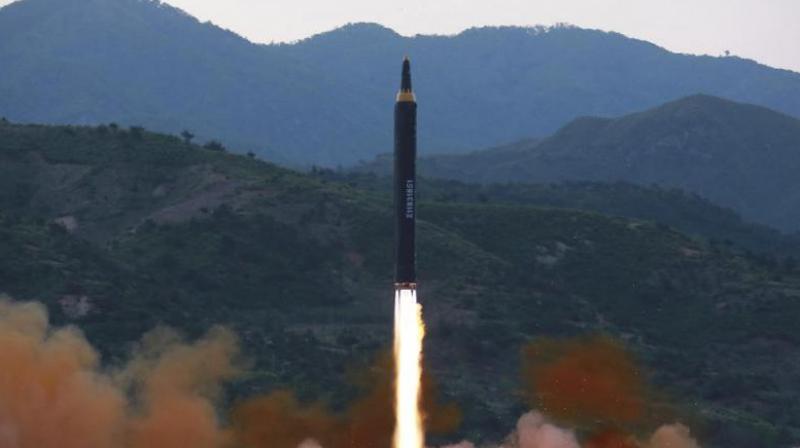 Beijing: A state-run newspaper in a Chinese province bordering North Korea published a list of tips on Wednesday for how civilians can protect themselves in the event of a nuclear attack.

The apocalyptic article comes as tensions soar on the Korean Peninsula over Pyongyang's nuclear ambitions.

A full-page illustrated advisory in the Jilin Daily, an official publication of the northeast province, instructed readers to close their doors and windows and thoroughly wash their belongings to minimise radioactive impact.

"Modern warfare is three-dimensional, and intercontinental missiles could hit any corner of the world," the newspaper said.

While the publication does not explicitly mention North Korea, Jilin was one of the Chinese provinces where people reported feeling tremors after Pyongyang conducted a powerful nuclear test this September.

Last week Pyongyang fired an intercontinental ballistic missile that it said could hit anywhere on the US mainland.

In China, the authoritarian regime's largest trade partner and sole major diplomatic ally, concern has grown in recent months that North Korea's expanding weapons programme will cause residual damage along the border.

China's environmental protection ministry performed eight days of emergency monitoring following the September blast, which the North claimed was the successful detonation of a hydrogen bomb.

Authorities concluded that radiation levels remained normal in the four provinces where tests were done, including Jilin.

In something reminiscent of the Cold War era, the Jilin Daily used a colourful comic to tell readers to wear masks and take iodine tablets to prevent radioactive iodine from collecting in their thyroid glands.

To remove radioactive contamination on the body, one should vigorously wash garments and swab the ears, nose and mouth, the paper advised.

Compared to Japan and other developed countries, Xu said, the public education on "ordinary national defense" in China is "still not sufficient".

An editorial in the Global Times, a state-run nationalistic tabloid, sought to calm what it called a "storm of conjecture" that the nuclear attack advisory has aroused on Chinese social media.

While conflict on the Korean peninsula is not unavoidable, the editorial said, "China must prepare for the worst. Both the country and its people should heighten vigilance."

Beijing has backed a slew of sanctions on Pyongyang that include bans on imports of North Korean coal, iron ore and seafood.