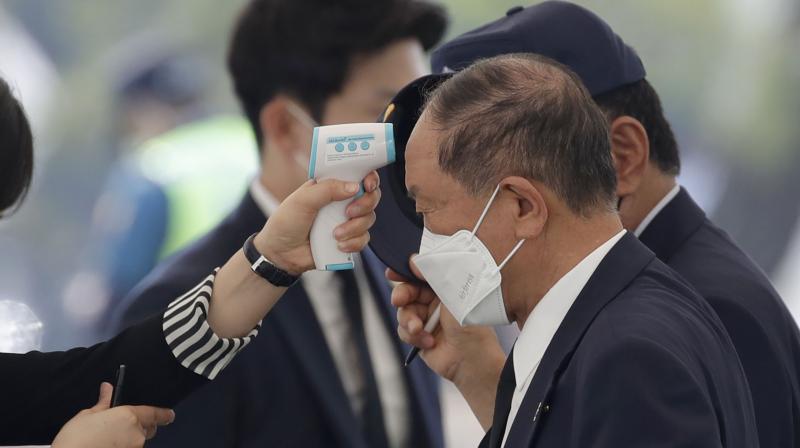 A man wearing a face mask has his temperature checked upon his arrival to attend at Memorial Day ceremony at the national cemetery in Daejeon, South Korea. (AP)

Seoul: South Korea on Sunday reported 57 additional cases of the coronavirus, marking a second day in a row that its daily jump is above 50 as authorities struggle to suppress a spike in infections in the densely populated Seoul area.

The Korea Centers for Disease Control and Prevention says 10,552 of them have recovered while 951 others remain in treatment.

South Korea’s caseload peaked in late February and early March when it recorded hundreds of new cases each day. But the outbreak has significantly eased amid aggressive tracing, testing and treatment, prompting authorities to loosen strict social distancing rules.

The new cases in recent weeks have been linked to nightclubs, an e-commerce warehouse, church gatherings and door-to-door sellers in the Seoul metropolitan area.