The yuan breached the key 7.0 threshold against the dollar on Monday. 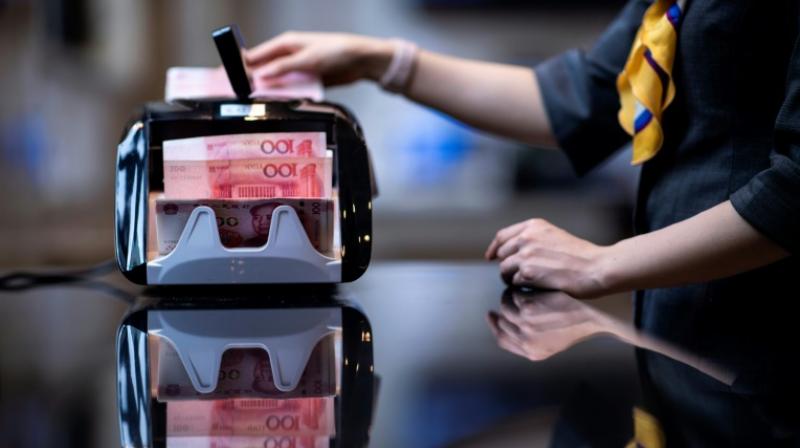 The People's Bank of China on Wednesday fixed the yuan's central parity rate at 6.9996 per US dollar. (Photo: AFP)

China: China's currency weakened further against the dollar as the central bank lowered the yuan's daily reference rate again amid a deepening currency row between Beijing and Washington.

The People's Bank of China on Wednesday fixed the yuan's central parity rate at 6.9996 per US dollar, weaker than the level set on Tuesday, when it hit an 11-year low.

Both the onshore and offshore yuan slid in late morning trading on Wednesday reaching 7.0454 and 7.0796, respectively.

The yuan breached the key 7.0 threshold against the dollar on Monday -- days after the US announced plans to impose fresh tariffs on Chinese imports from September 1 -- prompting Washington to officially brand Beijing a "currency manipulator".

China's central bank said Tuesday it is "resolutely opposed" to such a label, and the bank's governor Yi Gang has long vowed it would not engage in a competitive devaluation.

Allowing the yuan to depreciate makes Chinese exports cheaper and offsets some of the burden of punitive US tariffs, which could soon see virtually all of the roughly USD 660 billion in goods traded annually between the world's top two economies subject to duties.

The yuan is not freely convertible and the Chinese government limits its movement against the US dollar to a two percent range on either side of a central parity rate that the central bank sets each day to reflect market trends and control volatility.

That managed float system limits volatility: the currency has remained confined between 6.1 and 7.1 yuan to the dollar for the last five years.