Fire breaks out at Subisu office in Baluwatar in Nepal

Further details of the incident are awaited. 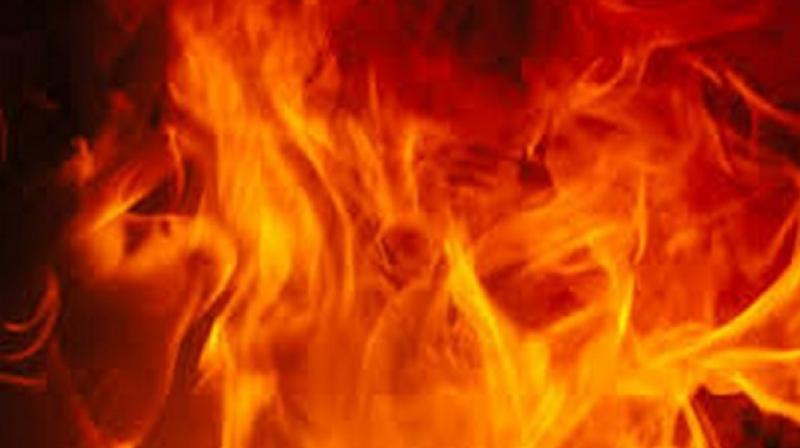 Massive fire broke out at an office building of Subisu on Wednesday. (Photo: File)

Kathmandu: A massive fire broke out at an office building of Subisu, a Baluwatar-based internet service provider here on Wednesday afternoon.

Pictures of the fire that went viral on the social media showed a thick black plume of smoke emerging from the office building, Kathmandu Post reported.

A barrel of petrol kept inside the building is believed to be behind the blaze, according to DSP Fadindra Prasain of the Metropolitan Police Circle.

"Further reports will only be available after security forces reach the site," said DSP Hobindra Bogati of the Kathmandu Metropolitan Police Range.

"The fire is expanding, but we have not received any report of human casualty yet," said Bogati.

"Firefighters and fire trucks are making every attempt to extinguish the fire," he added.

Personnel from the Armed Police Force, Nepal Police and Nepal Army are currently at the site and are fighting the fire alongside the Juddha Barun Kathmandu Fire Brigade.

There has been a huge loss of property. However, no human casualty or injury has been reported, according to The Himalayan Times.

Further details of the incident are awaited.

Baluwatar is a residential area of Kathmandu and hosts the Prime Minister of Nepal's official residence, government offices, Nepal Rastra Bank's headquarters and other important offices.