The banners, which appeared on roads in front of Press Club, Sector F-6 and Abpara Chowk on Tuesday, went unnoticed for a long time. 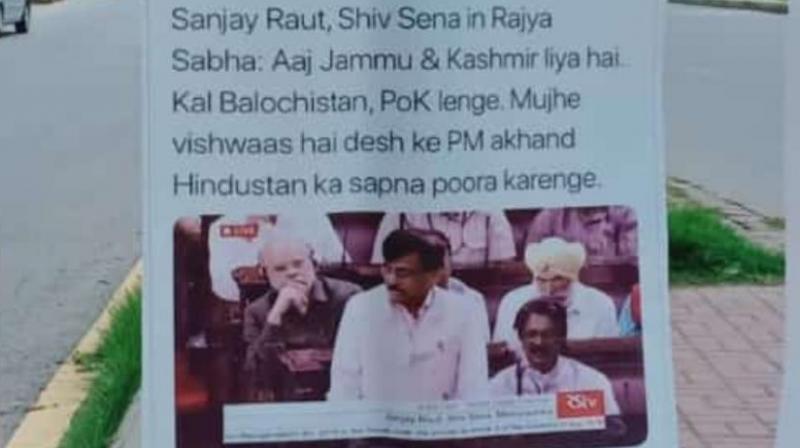 Islamabad: Pro-India banners which appeared in different parts of the Pakistani capital, including in the high-security Red Zone, hailing India's decision to revoke the special status of Jammu and Kashmir have been removed by authorities who arrested a man in this connection.

The banners carried a map envisioning “Akhand Bharat” (undivided India) showing parts of the present-day states of Pakistan, Afghanistan and Bangladesh and warnings about Balochistan. They carried a message of Shiv Sena leader Sanjay Raut.

The banners, which appeared on roads in front of Press Club, Sector F-6 and Abpara Chowk on Tuesday, went unnoticed for a long time before some passers-by spotted them and informed the police who took down the banners, the Dawn reported. The district magistrate, Islamabad, has ordered an inquiry as to why the banners were removed after a delay of almost five hours, the daily said.

Preliminary investigations revealed that two persons riding a motorcycle appeared in F-6 Sector early on Tuesday morning and strung the panaflexes over poles. The action was captured by cameras of the Safe City Project, the Dawn reported. Police have detained a man in Blue Area on Tuesday evening in this connection.