A conviction for violating the mask ban carries a penalty of up to a year in jail and a fine. 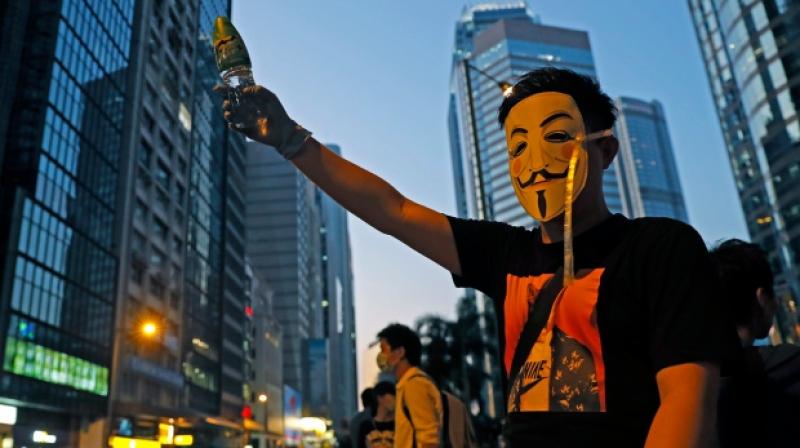 Two protesters have been charged with violating Hong Kong's new ban that criminalised the wearing of masks at rallies. (Photo: File)

Hong Kong: Two protesters have been charged with violating Hong Kong's new ban that criminalised the wearing of masks at rallies.

The charges filed Monday are the first prosecution under the ban that took effect Saturday under sweeping emergency powers to quash rising violence in four months of anti-government protests. But the ban sparked more anger with rallies and violence in the last three days in the semi-autonomous Chinese territory.