Alliance with US over, says Pak 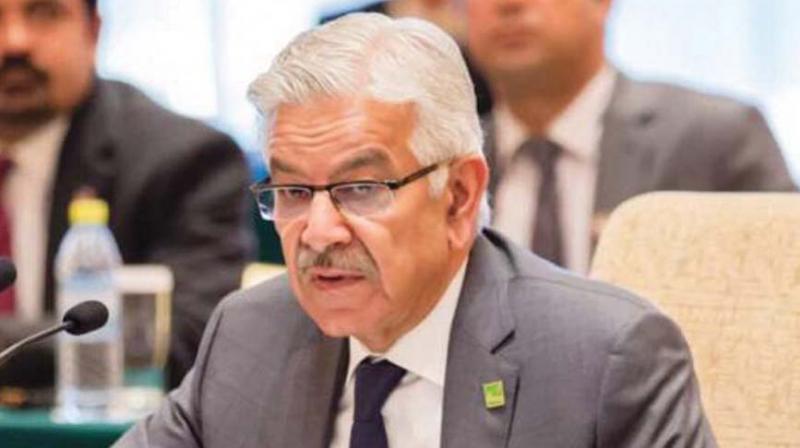 Islamabad: Recovering from the setback due to the suspension of US aid, Pakistan appeared to be sending out conflicting signals on its future ties with Washington as its foreign minister claimed that its “alliance with the US was over”, but its foreign secretary asserted that relations between the two countries would soon return to normal.

Declaring that US and Pakistan were no longer friends and that bilateral ties needed a serious revisit, Pakistan’s foreign minister Khawaja Mohammed Asif said that his country’s alliance with the US was over after it suspended aid of over $2 billion in military assistance citing Islamabad’s failure to clamp down on terrorist groups in the country.

Claiming that Pakistan was not prepared to give any more sacrifices for the United States, he said in a TV interview that relations between the two countries became tense but survived after the Abbottabad raid in 2011 in which US commandos killed Osama bin Laden, the founder and head of Al Qaeda. Mr Asif said the US had maintained ties with Pakistan just for the sake of its own benefits. “The US behaviour is neither that of an ally nor of a friend. It is a friend who always betrays,” Mr Asif said.

He warned that in case of any US aggression, “Pakistan would respond in a manner that would reflect the nation’s will”. The minister admitted that Pakistan had made a mistake by becoming a part of the Afghan war and suffered a lot at the hands of terrorism.

He said that instead of recognising Pakistan’s sacrifices in the war against terrorism, the US was putting the blame on Pakistan for its own failures in Afghanistan.

However, contrary to Mr Asif’s aggressive stance against the US, foreign secretary Tehmina Janjua said relations between Pakistan and the US would soon return to normal, adding that Islamabad believed in “engagement with the US despite the recent hostile statements from Washington”.

“As far as possible, Pakistan wants to engage with the US because it is not only a global power but also has its presence in the region, and for us it’s almost our neighbour,” she said, delivering a lecture on “Pakistan’s Foreign Policy Issues” at the Institute of Business Administration in Karachi.

She also accused India of sponsoring terror in Pakistan using Afghan soil and alleged that Indian Prime Minister Narendra Modi was fanning Hindu extremism. In reply to a question, the foreign secretary said that President Trump’s tweet on January 1 could be well thought out or he was just being his impulsive self, or it could be a result of any other reason, such as the fact that the US is not doing well in Afghanistan.

She said Mr Trump’s tweet on January 1 came for “many reasons”, and Pakistan is trying to analyse why the President’s scathing remarks came. “It could have been some briefing material given to him in the morning... What triggered it? Because we must not forget that the meetings we had with the Americans (secretary of defence James Mattis) before that were positive, yet on January 1 the New Year’s gift to the world were two tweets — there was one about Pakistan and the other about Iran,” she said.

“Why was the President of the US, at four o’clock in the morning, thinking about Pakistan and Iran? In Iran, there was something happening, but Pakistan, a question mark,” she was quoted as saying.

Mr Trump, in a New Year’s Day tweet, accused Pakistan of giving nothing to the US but “lies and deceit” and providing a “safe haven” to terrorists in return for $33 billion aid over the last 15 years.

The foreign secretary said that one of the reasons for the situation was the rise of China as an economic and military power perceived as a challenger to the US dominance. Ms Janjua said that Pakistan needed to build its relationship with countries other than the US and was maintaining a flourishing relationship with Russia.

“Pakistan’s focus lies on strengthening exchanges with Iran in trade, commerce and border management and maintaining our principled position for a comprehensive dialogue with India without any preconditions,” she said.