Rebiya Kadeer (leader of World Uyghur Congress) is among the heads of the separatist 'East Turkistan' forces, China said. 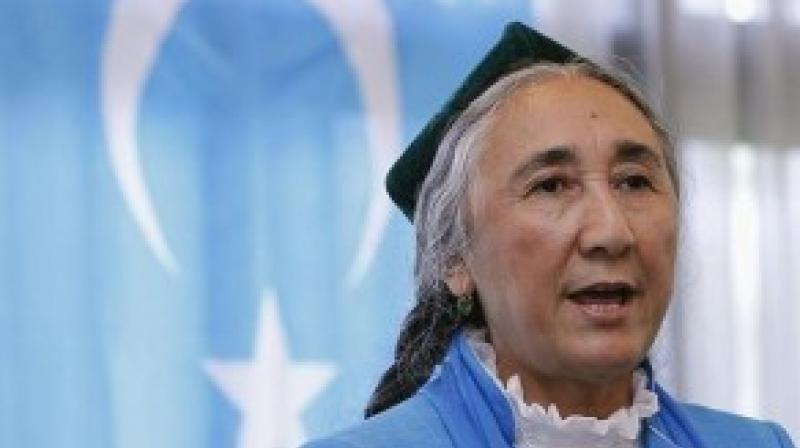 Beijing: China on Wednesday said it would "resolutely oppose" attempts by Taiwan to invite the leader of the "separatist" World Uyghur Congress, even as Beijing struck a conciliatory note by promising policies to attract Taiwanese to live and work on the mainland. "It is a well-known fact that Rebiya Kadeer (leader of the Munich-based World Uyghur Congress) is among the heads of the separatist 'East Turkistan' forces. The invitation by the 'Taiwan independence' secessionist force is intended to make trouble and will certainly harm cross-Strait relations," An Fengshan, spokesperson for the Taiwan Affairs Office of the State Council of China, told media here.

An made the remarks while reacting to Taiwan Solidarity Union's intention to invite her to Taiwan in March.

Kadeer, who is in self-exile abroad, alleges large scale human rights violations in the Uyghur Muslim-majority province Xinjiang which has been restive for several years over the settlements of Hans in the province.

An also responded to a question regarding the claim by a leader of Taiwan's 'New Power Party' who said Taiwan authorities would offer scholarships to some Tibetan people identified by Taiwan as "refugees" to sponsor their study on the island.

An was quoted by the state-run Xinhua news agency as saying that "our attitude is very clear, and (we) firmly oppose confusing the refugee issue with the issue of overseas Tibetan compatriot".

China considers breakaway province of Taiwan as under 'One China' policy which also includes Tibet.

So far Taiwan, currently led by Tsai-Ing-wen, who pursues strong policy against uniting with China has refrained from any open contacts with Tibetan refugees as well as the Dalai Lama to avoid any rift with Beijing.

Also in a bid to win over Taiwanese, an announced that Beijing will issue policies to support and attract people from Taiwan to work and live on the mainland.

An said the policies cover employment, social insurance and living needs. He said the policies will not only facilitate Taiwanese to live and work on the mainland, but aim to boost the social and economic integration of the two sides.

"We used to do in this way and we will continue to do it in the future," An said.

An said huge business opportunities had been created by the reform and opening up of the mainland. The Chinese mainland will continue to encourage Taiwan businessmen to develop on the mainland and provide more convenience and opportunities for them, he said.