World   Asia  08 May 2019  Indian doctor gets huge divorce bill as he accuses judge of 'spreading her legs'
World, Asia

The ex-wife of a neurologist in Singapore has been granted Singapore dollars in assets, child and spousal support by British Columbia court. 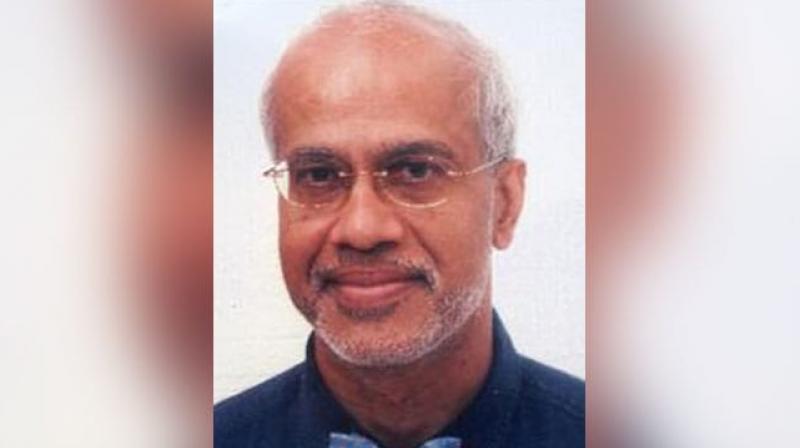 The doctor ran a private clinic at Mount Elizabeth Hospital, and had married Christie in 1997. She filed for divorce in 2016. (Photo: MountElizabeth.com)

Singapore: The ex-wife of an Indian-origin neurologist in Singapore has been granted Singapore dollars 25 million  in assets, child support and spousal support by a British Columbia court, in one of the biggest divorce payouts abroad.

Gobinathan Devathasan, 69, whose behaviour was described as "reprehensible" during the litigation, was ordered on April 29 to pay his ex-wife Christie Devathasan Canadian dollars 5,498,344 in spousal support, with another Canadian dollars 612,084 for child support.

During the course of the litigation, Mr Devathasan had handled funds in his Singapore bank account despite an asset freezing order, failed to disclose properties, deliberately embarrassed his daughter and suggested that a judge had "spread her legs wide" to the claimant's counsel, the court was told.

The doctor ran a private clinic at Mount Elizabeth Hospital, and had married Christie in 1997. She filed for divorce in 2016, Channel News Asia reported.

The couple was described in the court judgment as being "uncommonly wealthy", and had owned expensive cars, jewellery, artwork and homes, with investment properties in Canada, the US, Singapore, Thailand and Malaysia.

Christie divorced her first husband in 1996, while Mr Devathasan divorced his first wife, with whom he had two children with, in 1997. Shortly after, the couple got married in Singapore in August 1997.

The couple's relationship deteriorated in 2015 and early 2016, according to the court papers.

The divorce proceedings commenced in July 2016.

Christie obtained an asset freezing order and a protection order, and these orders were served to Mr Devathasan in August 2016. The doctor claimed that they were not binding as he was in Singapore and took steps to deal with his assets.

In an affidavit sworn on May 22, 2017, he stated: "I will not pay a dollar for alimony now or till death or whatever any one decrees, no matter what".

The judge ordered Mr Devathasan to pay his ex-wife Canadian dollars 2,351,000 in connection with the allocation of family property and debt. He will also have to pay a total of Canadian dollars 612,084 in child support, and Canadian dollars 5,498,344 in total for spousal support.

The doctor was granted Canadian dollars 21.4 million after the proceedings.

The judge described Mr Devathasan as a "hardworking man all his life", adding that the doctor worked Monday to Friday and Saturday mornings throughout his career in private practices.

"He has loyal patients," the judge was quoted as saying in the report.