'Flag of Islam will be hoisted in India, America. PM Modi will be killed', says senior JuD functionary Maulana Bashir. 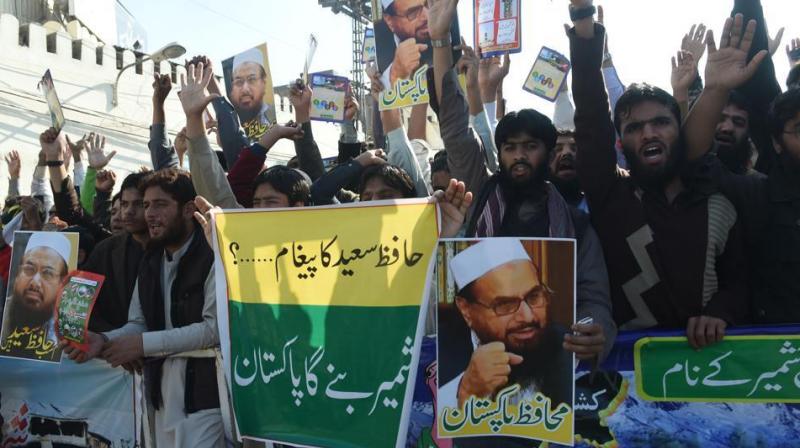 Maulana Bashir also requested the people in PoK to allow their sons to join for Jihad. (Photo: File/AFP))

Rawalakot (Pakistan occupied Kashmir): Jamaat-ud-Dawa (JuD), a front outfit of the militant group Lashkar-e-Taiba (LeT), has provoked the Muslims to wage `Jihad' (holy war) during the holy month of Ramzan.

Urged participants to raise flag of 'Jihad' against infidels," he added.

Lashkar-e-Taiba is responsible for sending its terrorists to Kashmir valley and creating mayhem.

Maulana Bashir also requested the people in PoK to allow their sons to join for Jihad.

"I Appeal participants to donate generously (wheat, ration and cash) during the month of 'Ramadan' to JuD and for 'Mujahideen' waging Jihad. I also urge women to donate their sons and cash for 'Mujahideen' who were waging 'Jihad' in Kashmir," he said.

Calling himself a messenger of LeT chief Hafiz Saeed, Maulana Bashir said, "Flag of Islam will be hoisted in India and America. Modi (Indian Prime Minister) will be killed. India and Israel will get disintegrated as more and more martyrs will be produced."