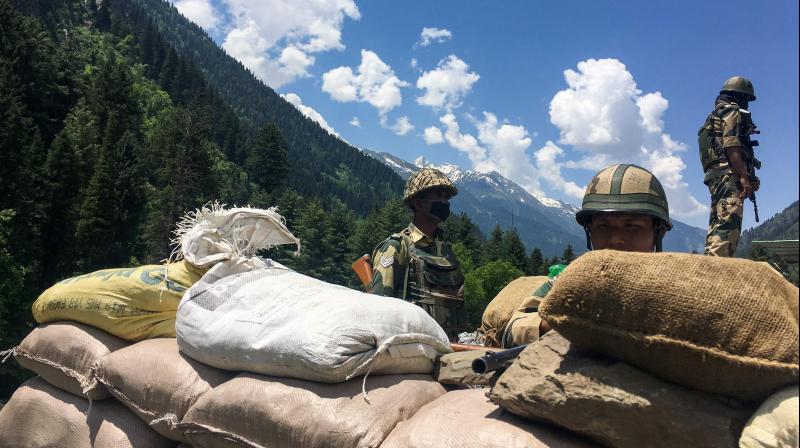 BEIJING: China on Tuesday said its troops were forced to take "countermeasures" after Indian soldiers crossed their tense Himalayan border and opened fire.

The relationship between the two nuclear-armed neighbours has deteriorated since a clash in the Ladakh region on June 15 in which 20 Indian troops were killed.

Zhang said India had violated agreements reached by the two countries and warned their actions could "easily cause misunderstandings and misjudgments".

He called for India to withdraw the troops who crossed the border and investigate the officers who opened fire.

Both sides have sent tens of thousands of troops to the disputed Himalayan border, which sits at an altitude of more than 4,000 metres (13,500 feet).

Their troops have had a number of showdowns since a clash in the Ladakh region on June 15 in which 20 Indian troops died. China has also acknowledged suffering casualties but not given figures.

Defence ministers from both countries talked in Moscow on the sidelines of an international meeting last week -- with both sides later releasing rival statements accusing each other of inflaming the showdown.

And earlier this week an Indian minister said Delhi had alerted China to allegations five men had been abducted by the People's Liberation Army close to the disputed border.

There was no immediate comment or confirmation of Monday's incident from the Indian military.