Taiwan Prez using ‘transit to score points with US’

Tsai plans to stop in the US on her way to Nicaragua, Guatemala and El Salvador, among the island’s handful of diplomatic allies. 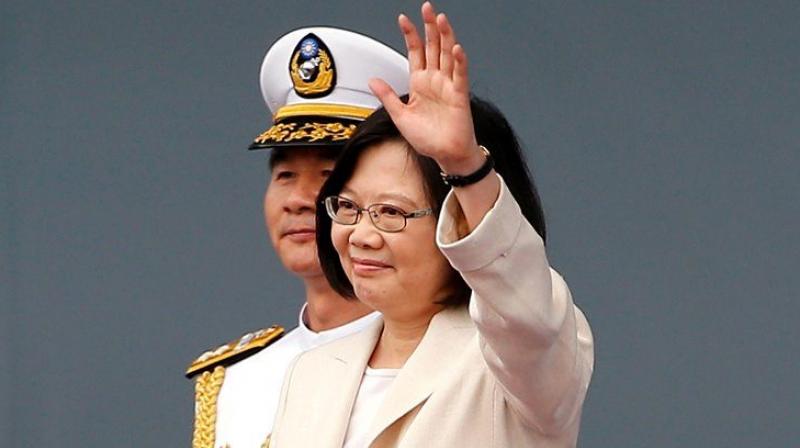 Beijing: China on Wednesday accused Taiwanese President Tsai Ing-wen of seeking to use a planned transit stop in the US to score diplomatic points, amid Chinese rancor over an unprecedented phone call between Tsai and US President-elect Donald Trump.

Asked at a briefing whether China has asked the US to cancel the stop planned for next month, foreign ministry spokesman Lu Kang reiterated China’s claim to sovereignty over Taiwan and accused Tsai of political machinations.

“Taiwan’s administration and leader always perform  petty moves like a transit diplomacy whose ulterior political intentions are clear for all to see,” Lu said.

Tsai plans to stop in the US on her way to Nicaragua, Guatemala and El Salvador, among the island’s handful of diplomatic allies.

China, which claims Taiwan as a breakaway province, objects to any nation having formal contact with its government. The island has diplomatic relations with just 22 countries, of which 12 are in Central America and the Caribbean.

The phone conversation on Friday between Tsai and Mr Trump broke a more than 4-decade-old precedent barring such direct communication.

Beijing cut off contacts with Tsai’s government earlier this year over her refusal to endorse the concept that China and Taiwan remain part of a single Chinese nation despite their present state of division. That brought a shuddering halt to the trend in recent years of warming ties between the former archrivals.

In Taipei, presidential spokesman Alex Huang said on Wednesday that Taiwan considered it of equal importance to maintain good relations with both the US and China, but also took a swipe at China’s response.

“Such overreaction is unnecessary and is also not conducive to the normal development of (Taiwan-China) relations,” Mr Huang said.