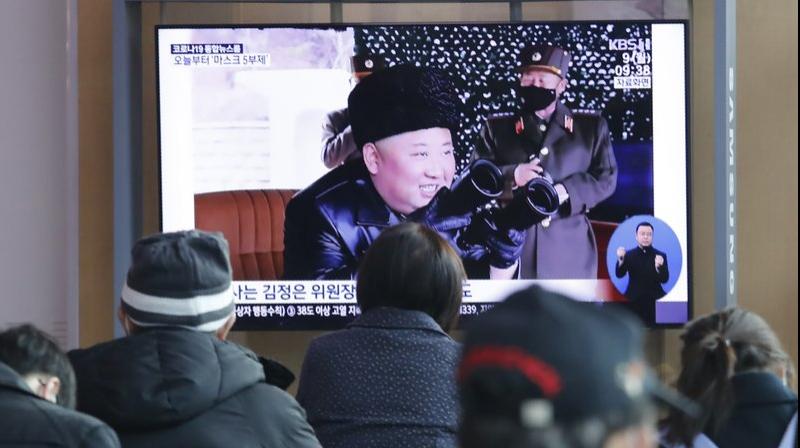 Seoul’s Joint Chiefs of Staff said the three launches were made from an eastern coastal town in the North’s South Hamgyong province. It said the multiple kinds of projectiles flew as far as 200 kilometers (125 miles) at a maximum altitude of 50 kilometers (30 miles).

The statement said South Korea expressed “strong regret” over the launches that it said violate a past inter-Korean agreement aimed at lowering military animosities.

South Korea’s national security director, defense minister and spy chief held an emergency video conference and agreed the North Korean action were not helpful to efforts to establish peace on the Korean Peninsula, according to South Korea’s presidential Blue House.

“North Korea’s latest action, on top of its repeated firings of ballistic missiles, is a serious threat to the peace and safety of Japan and ... a grave problem for the entire international society,” Suga said.