The Pakistani high commission in New Delhi said that the immigration documents state that Uzma obtained the visa under the visit category. 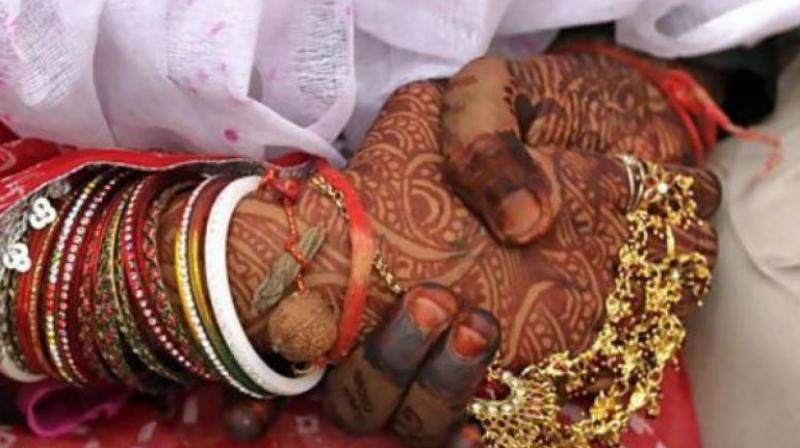 The Indian woman also stated that the same man also made her sign nikah mamah at gunpoint. (Photo: Representational Image)

New Delhi: A 20-year-old Indian woman, who approached the Indian high commission in Islamabad with a request to repatriate her, on Monday alleged that the Pakistani man who had met her initially in Malaysia forced her to marry him at gunpoint in Pakistan after which he “sedated, assaulted and mentally and physically tortured” her.

The Indian woman filed a plea with an Islamabad court against her husband Tahir Ali alleging that she was being harassed and intimidated by him. She also recorded her statement before a magistrate.

She hopes to return to India under security, even as her brother met external affairs minister Sushma Swaraj to seek help.

The couple went to the Indian high commission to apply for visa on May 6. After submitting visa forms, the girl went in after being called by the officials but did not return, claimed the Pakistani youth.

“The young Indian woman, who had sought shelter in the Indian high commission in Islamabad on May 5, 2017 today recorded her statement in the court of judicial magistrate first class in Islamabad, as per local legal requirement. In her statement, she said the she was sedated, assaulted, tortured mentally and physically in Pakistan by a Pakistani man who had met her in Malaysia, invited her to visit his family in Pakistan and provided the requisite sponsorship letter to the Pakistan high commission in New Delhi for her visa. She also stated that the same man also made her sign Nikah Namah at gunpoint. The woman stated the she had taken shelter in high commission of India of her own accord and would stay there till she is sent back to India with security,” the MEA spokesperson said

“The high commission of India has provided her necessary consular and legal assistance.  It is coordinating with Pakistan Foreign Office for the safe return of the lady to India and is also in touch with her family in India on the matter. Her brother met the external affairs minister and requested the government’s help to rescue his sister at the earliest,” the MEA added.

Pakistani authorities have said that the Indian citizen did not share her plans to marry in Pakistan when she applied for the visa and expressed her intent to visit her relatives in Pakistan.

The Pakistani high commission in New Delhi said that the immigration documents state that Uzma obtained the visa under the visit category.